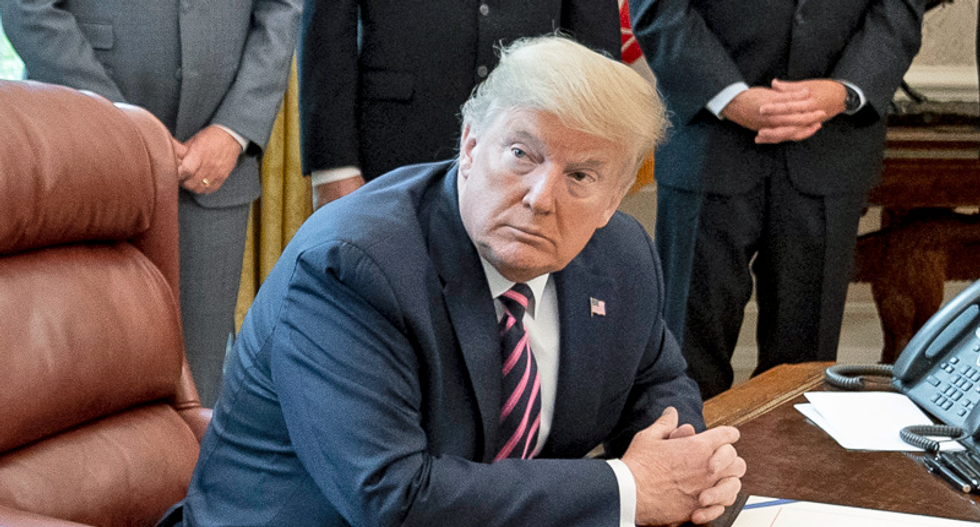 President Donald Trump reportedly deleted a tweet on Sunday in which someone can be heard saying "white power."

In a Sunday tweet, Trump thanked his Florida supporters and included a video of protests for and against the president at a retirement community. A man with a pro-Trump sign can be heard saying "white power" in the video.

On Sunday, Trump surrogates struggled to defend the president's tweet, which was deleted later in the afternoon. But by that time, the video had racked up millions of views.