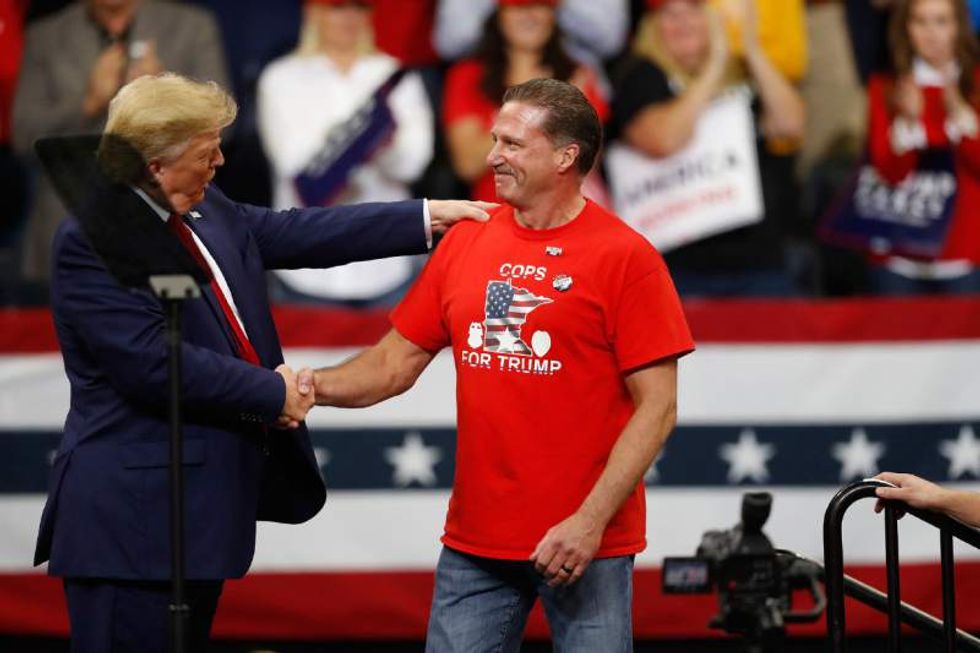 Lt. Bob Kroll, the Trump-loving president of the Police Officers Federation of Minneapolis, called the police this week on a Washington Post reporter for the purported offense of knocking on the door of his house.

In an effort to get Kroll to respond to the charges that were filed this week against all four Minneapolis police officers involved in George Floyd's death, the Post sent one of its reporter to Kroll's house after multiple other requests for comment went unanswered.

"A Washington Post reporter who knocked on Kroll’s door was soon pulled over by a police officer who said that Kroll had reported suspicious activity on his front porch and that 'he doesn’t want any press,'" the paper reports.

Kroll, an outspoken supporter of President Donald Trump who has even spoken at the president's rallies, earlier this week smeared George Floyd as a "violent criminal" and lashed out at local officials for firing the four officers involved in his death.

“I’ve worked with the four defense attorneys that are representing each of our four terminated individuals under criminal investigation, in addition with our labor attorneys to fight for their jobs,” he wrote in a message to police union members. “They were terminated without due process.”