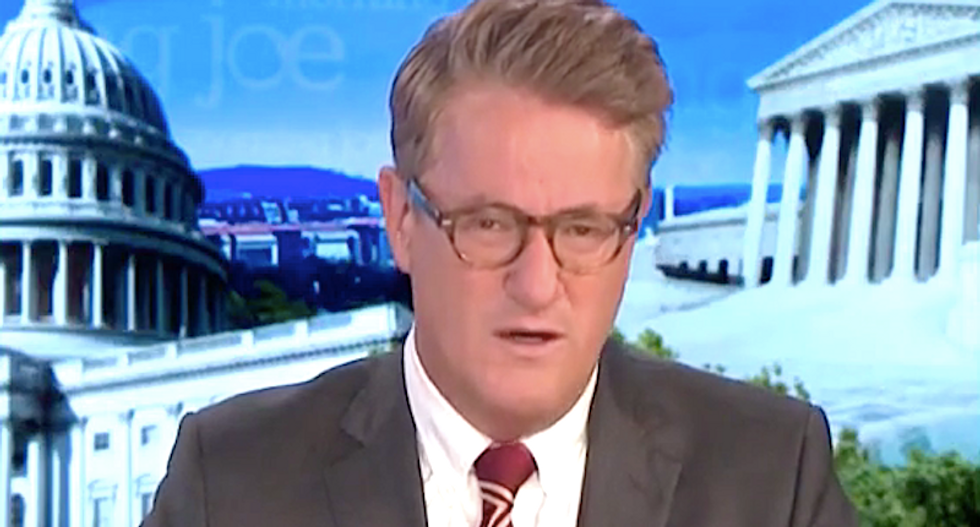 President Donald Trump's poll numbers continue to plummet, and MSNBC's Joe Scarborough doesn't see a way for him to turn that trend around.

The president is down 5 percentage points against Joe Biden, but Americans overwhelmingly trust the former vice president over Trump and strongly back the nationwide protests against police brutality.

"These numbers, top-to-bottom, looking very bad for the president," said the "Morning Joe" host. "Do they have a plan moving forward to turn the page?"

Associated Press reporter Jonathan Lemire said the president's team knows they're losing, and they're increasingly concerned that the protests will energize young voters.

"If that energy Democrats hope can translate to November, the White House and re-election team knows they're in trouble," Lemire said. "The president, they are sort of scrambling for response. They are looking for new slogans, yes, but more than that they are looking for a new approach. They are going to go negative again on Joe Biden."

The re-election campaign will attempt to smear Biden while also trying to hype any economic gains made after the coronavirus wiped out the market and destroyed millions of jobs, but Lemire said the president may also try to crack down on the demonstrations.

"I want to flag one more thing," Lemire said. "The only thing on the White House schedule today, we know he's having a meeting with law enforcement, but it's unclear what the topic is going to be. Certainly, Attorney General [William] Barr and others, it doesn't seem necessarily about police reform but rather getting a handle on the protests. That may be a moment the president may miss an opportunity to speak to those who throngs in the nation's streets. Will they be able to change the tenor, have a meaningful dialogue with the protesters remains to be seen."