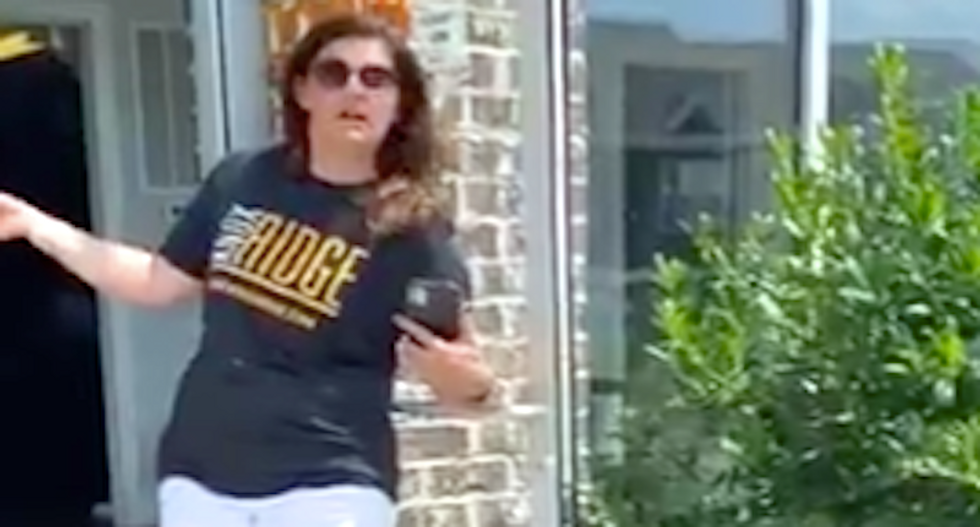 Three Black women were stopped from entering an apartment pool in Tennessee by a white woman who allowed white residents to enter without question.

The women said they were blocked from entering Knox Ridge student apartments by a woman who questioned their status as residents but ignored a white woman who walked in during their confrontation.

"Me and my friends were just racially profiled at KnoxRidge pool," said Twitter user Royaal_E, who posted video of the encounter. "Don’t go there. This woman automatically assumed that we didn’t live there and stopped us before we could go inside. But she continued to let in other white residents."

The white woman is seen wearing a Knox Ridge T-shirt, but it's not clear what her status is at the apartment building, where the Black woman says she has been subleasing an apartment and paying rent since March.

"We can't have any guests," the white woman says. "Residents can't have guests."

The Black woman asks why the other woman would assume she doesn't live there, while letting a white woman walk past unquestioned.

"I know everybody that lives here," the white woman says.

She then asks why the white woman would assume a Black woman doesn't live there but not question whether a white woman does, and the other woman recoils.

"It's not about that," the white woman insists.

"It is about that, clearly," the Black woman says, "because you see three women of color walk up to you and say we're coming to the pool, and you stop us before we even get to the door."

"I do know everybody," the white woman says. "B*tch, you haven't even come in and done your paperwork, right?"

"I have done my paperwork," the Black woman says. "I've been paying rent since March, so how [are] going to -- you stopped me before I even got to the door to speak to anyone."