WATCH: Buffalo cops and firefighters cheer officers charged with assault as they leave the courthouse 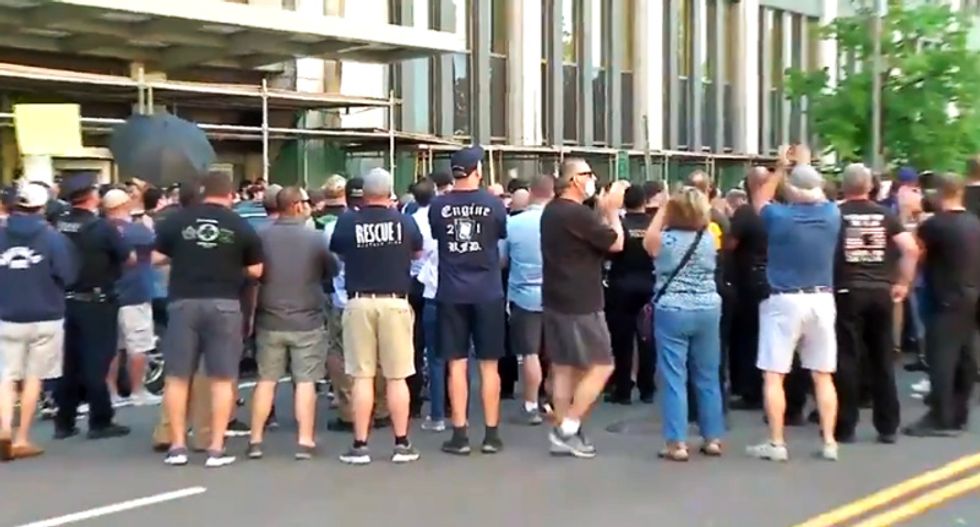 According to a report from both CNN and MSNBC, the two Buffalo police officers who were charged with second-degree assault after shoving a 75-year-old anti-police brutality protester to the ground where he sustained head injuries were greeted with applause after they were arraigned on Saturday morning.

MSNBC's Alex Witt noted that both officers were released without having to post bail.

According to ABC News, "Officers Aaron Torglaski and Robert McCabe were charged with second-degree assault during their video arraignments on Saturday and were released on their own recognizance. They both entered no guilty pleas and are expected back in court on July 20."

Sickening....Buffalo cops cheering the two scumbags leaving the courthouse after being arraigned for assaulting a 7… https://t.co/KzhSCsJdJA
— Icculus The Brave (@Icculus The Brave) 1591461716.0