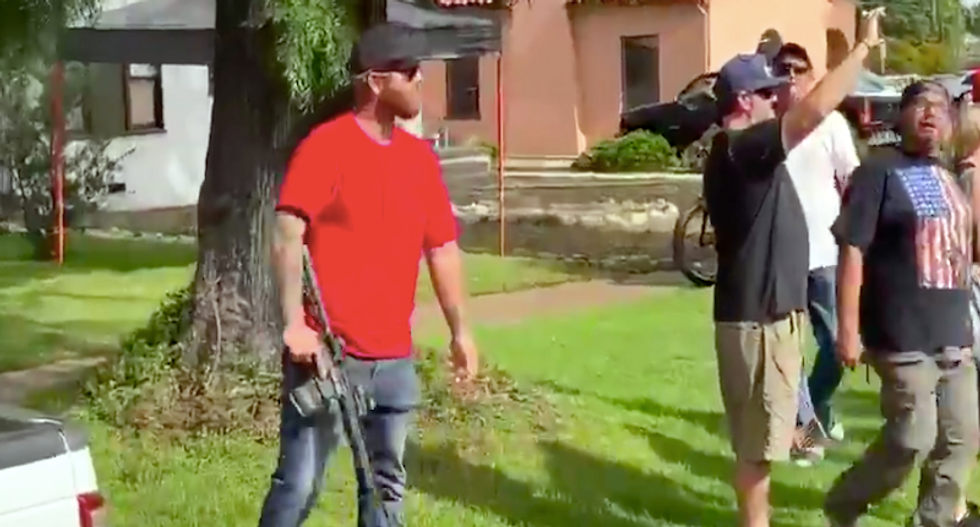 A California man was arrested Monday for pointing a rifle at police brutality protesters.

Video shows the man, later identified as 39-year-old Jacob Bracken, jump out of his pickup truck and point his weapon at protesters heading across a street in Upland to confront supporters of President Donald Trump, reported KCBS-TV.

"All right, everybody -- back the f*ck up," he shouts toward the crowd.

Police had ordered the crowd to disperse after blocking the street after the 6 p.m. curfew.

Some of the demonstrators left, but police said some of them stayed behind and began tossing rocks and water bottles at officers.

Police used pepper balls and sting balls to push the crowd back.

Witnesses said a group of pro-Trump demonstrators carrying American flags were blocking traffic to cross the street to instigate the protesters, and the two groups began arguing in the street after Bracken, of Rancho Cucamonga, pointed his rifle toward the crowd.

No other arrests were reported.