WATCH: Trump awkwardly tries to prove he can walk down a ramp after widespread worries his health is deteriorating 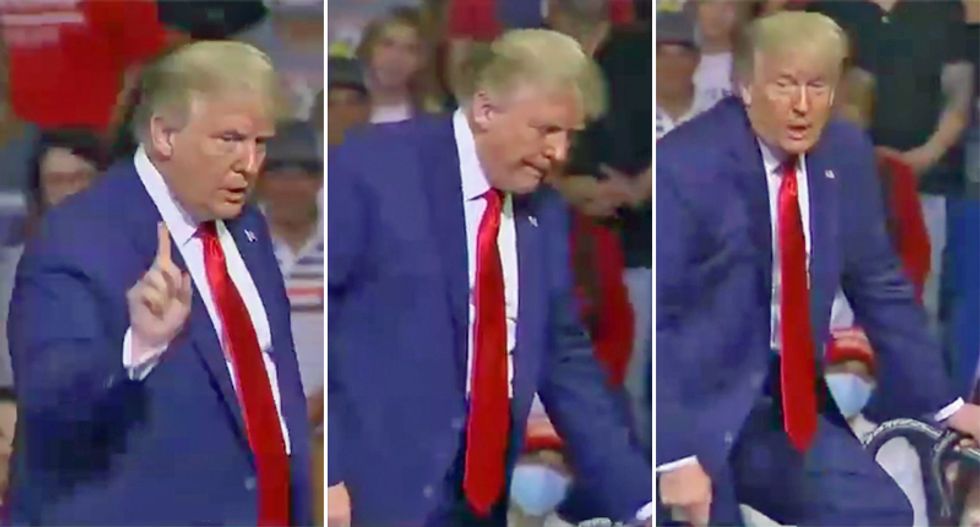 One week after there were widespread worries about his physical and mental health, President Donald Trump attempted to reassure his supporters that he was healthy during a Saturday rally in Tulsa.

During a commencement speech at West Point, Trump needed two hands to take a sip from a glass of water.

Trump spent over ten minutes of his speech defending his health and complaining about critics.