WATCH: White man head-butts and spits on black man for honking horn -- then calls cops on him 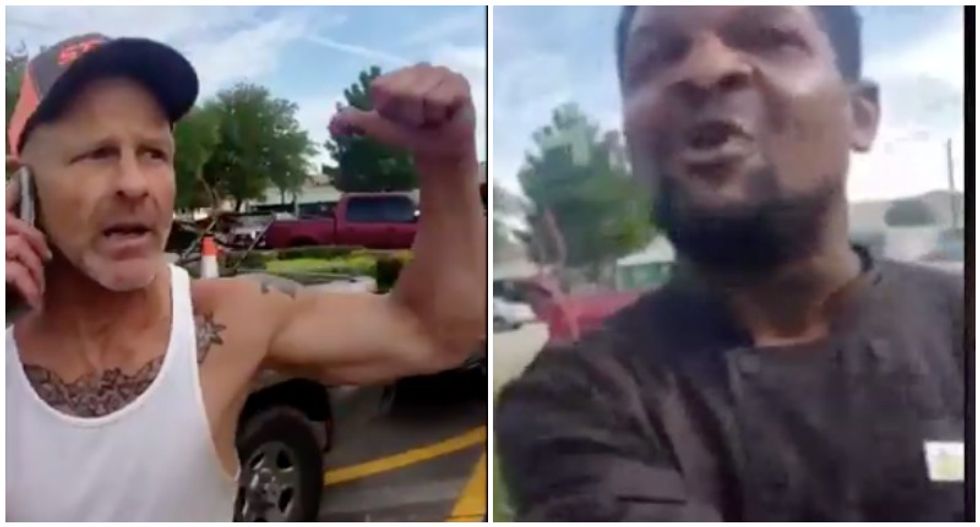 DeVonta Brown stopped to buy coffee at a McDonald's drive-through in McKinney on his way to work Monday when the driver of a truck drove the wrong way to cut him off, and Brown said he screamed racial slurs at him for honking, reported WFAA-TV.

Brown got out of his car to confront the man, who was riding with a passenger in a tree service truck, and the white man took off his shirt and charged.

The man, later identified as Chris Taylor, head-butted Brown in the temple and spit on him -- and then called police.

"I know," Taylor said, as Brown urged him to call officers to the scene. "N*ggers never admit to nothing."

Taylor, who owns Chris Taylor Tree Service, was arrested later that day and charged with assault.

Brown said he's encountered racism plenty in his life, but he said that was the most blatant case he's experienced.

"Just trying to make it home to my wife is a challenge every day," Brown said. "Enough."