WATCH: Wisconsin attorney blocks protesters with her car -- and then spits on them 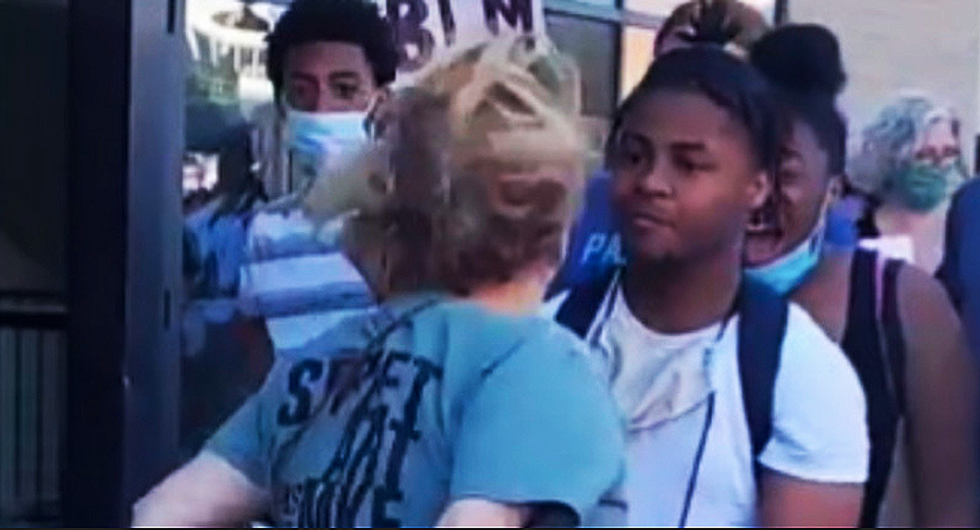 As protests continued in the Milwaukee, Wisconsin area over the weekend, one angry suburban woman lashed out.

In the suburb, Shorewood, outside of Milwaukee, an older woman was surrounded by a group of protesters when she used her car to block their path.

The crowd tells her to go back to her car, but she refuses, arguing with the crowd instead. Then the woman clutched her purse and yelled, "Don't touch me!"

As the crowd grows and shouts her down, the woman launches a massive wad of spit at one of the Black men in the group. The video then shows the crowd as it goes wild.

The Urban Milwaukee identified the woman as 64-year-old Milwaukee attorney Stephanie Rapkin, which prompted many to take to Google reviews to leave critical messages that no one should spit on a teenager or anyone. 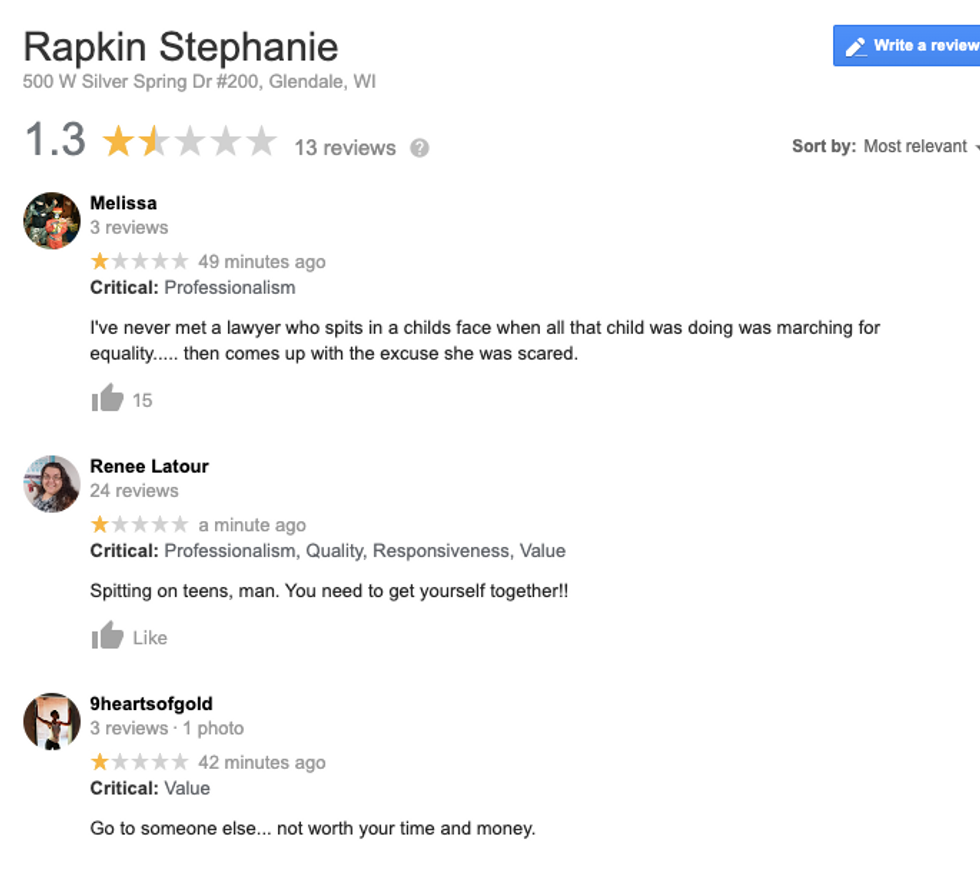 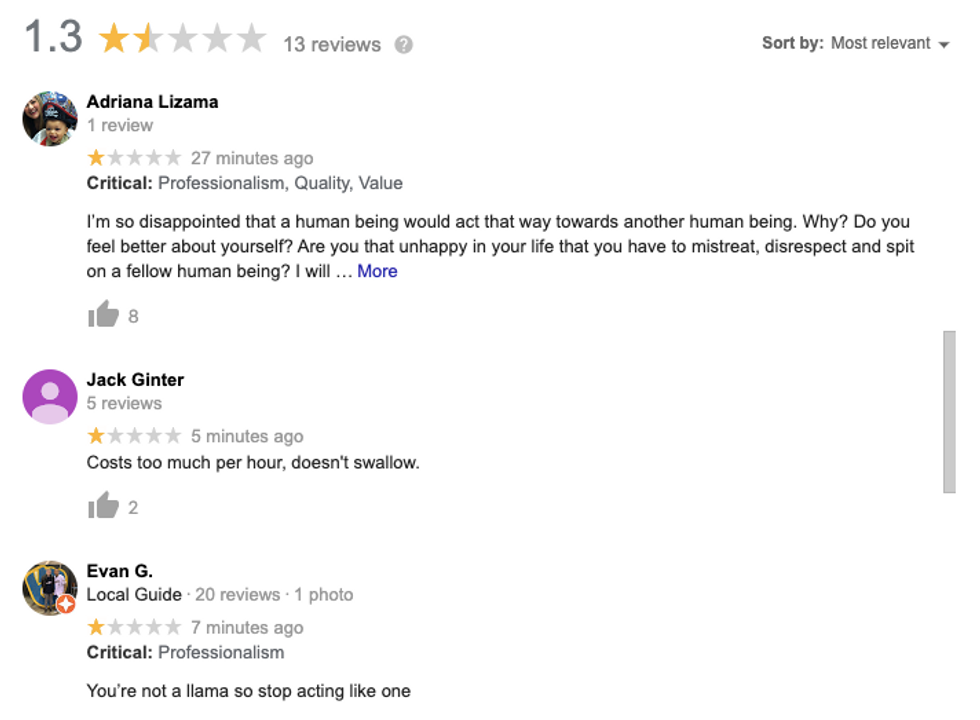 According to police, Rapkin was arrested Saturday night on charges of battery and disorderly conduct.