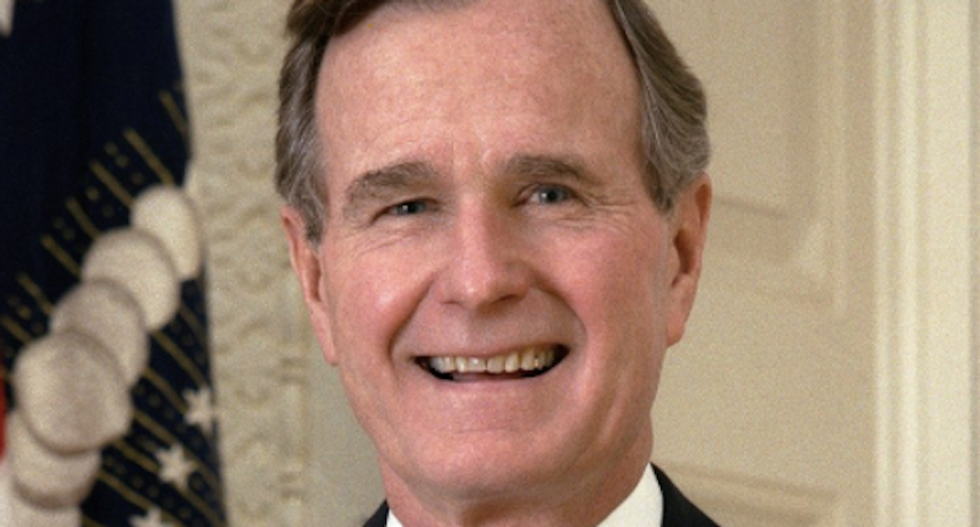 President Donald Trump and his allies are reportedly loving the chaos he's stirring into nationwide protests over the police killing of George Floyd, so he can project strength with a brutal crackdown -- but that carries great political risk.

George H.W. Bush lost his 1992 re-election campaign after unemployment hit 7.5 percent, erasing any leftover glory from the Gulf War, and the acquittals of Los Angeles police officers in the videotaped beating of Rodney King set off violent protests, and one of his former campaign aides listed off the uncanny similarities to current conditions for The Daily Beast.

Lloyd Green, who served as opposition research counsel in Bush's first campaign before moving to the Department of Justice, said voters turned on that Republican president after chaos engulfed Los Angeles.

Lloyd Green was the opposition research counsel to the George H.W. Bush campaign in 1988, and served in the Department of Justice between 1990 and 1992.

"Then as now, Bill Barr was attorney general and he failed to reassure," wrote Green, who served in the Justice Department from 1990 to 1992. "Questioned at the time about the LA riots, Barr intoned that 'our system is fair and does not treat people differently,' conceding that 'our national criminal-justice system is a diverse broad one, and incorporates state systems and county systems.'"

But voters weren't buying it, and businessman Ross Perot led Bush and Bill Clinton in the polls by June 1992, two months after the riots broke out.

"Gulf War triumph couldn’t save Bush from an endless news loop of urban unrest, billowing smoke, blaring sirens and broken windows cast against the backdrop of a recession," Green wrote.

Trump has failed to make good on his own law-and-order promise to end "American carnage," Green argued, but instead has delivered American carnage as the current state of affairs.

"These days, approximately 105,000 Americans lie dead as the result of a pandemic, and more than 40 million are out of work," Green wrote. "The wounds that pock our nation deepen as our cold civil war grows hotter by the day."

Trump has trailed Joe Biden consistently for almost a year, and the election is just five months away.

"Four years ago, Trump positioned himself as the 'law and order' candidate against Hillary Clinton. Now that gambit may come to haunt him," Green wrote. "The world makes for a poor scapegoat for a sitting president’s own failures, and the veterans of George H.W. Bush’s re-election campaign can tell you, because we actually have seen this movie before."