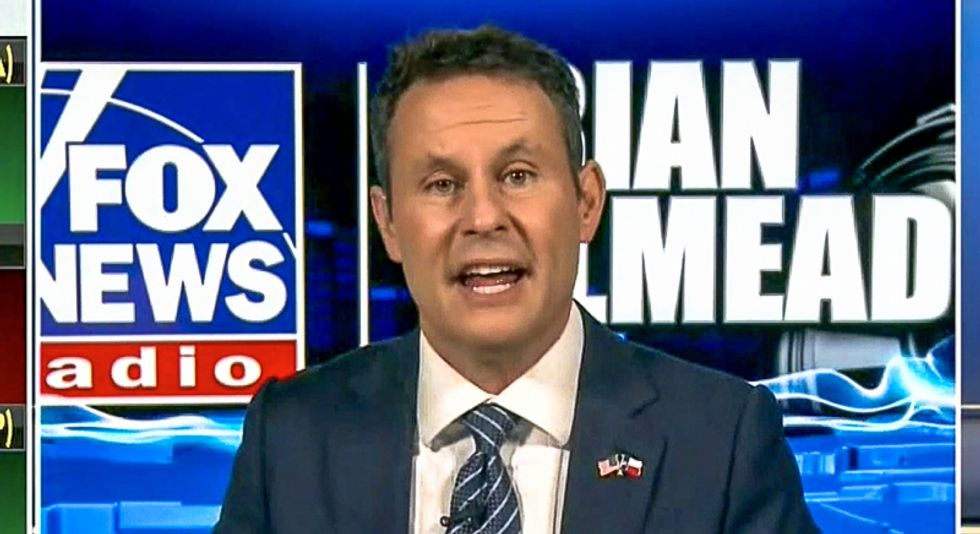 "Fox & Friends" co-host Brian Kilmeade on Friday snapped at Trump campaign press secretary Hogan Gidley after he criticized Fox News' own polling about the state of the presidential race.

During an interview, Gidley blew off Fox News polls that came out this week showing the president trailing substantially in the key battleground states of Pennsylvania, Michigan, and Minnesota.

"You touched on some polls, most of those are fake," he said. "They over-sample Democrats."

Gidley then claimed that the Trump campaign must be winning because there is much more enthusiasm for the president on social media than there is for presumptive Democratic nominee Joe Biden.

However, Kilmeade interjected to defend his network's pollsters.

"I know the people who do the polls, they're not fake," Kilmeade said. "They don't do it fake, they do a really good job. They might not be accurate in the end, I don't know, but they do a great job."

Gidley tried to claim that the pollsters' methodology was bad, but Kilmeade wasn't having any of it.