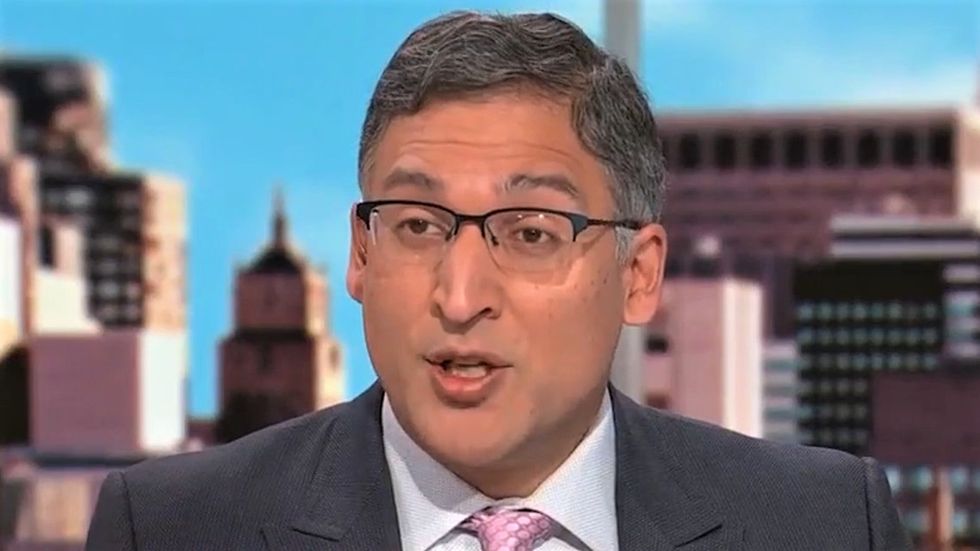 MSNBC legal analyst Neal Katyal on Thursday argued that President Donald Trump has reason to worry about the Supreme Court's ruling that he could not simply ignore subpoenas for information about his personal finances.

During an appearance on the network, Katyal said he disagreed with analysis saying that Trump should view the 7-2 SCOTUS ruling as a mixed bag, since it gave him the opportunity to continue fighting subpoenas even as it denied his ability to dismiss them outright.

"Trump shouldn't be happy about this," he said. "The fact is, he lost. He lost resoundingly, 7-2, including his own appointees to the court, Kavanaugh and Gorsuch."

Katyal then explained how the court shot down the president's main legal arguments, and said his only hope now was trying to delay the inevitable for as long as possible.

"He now possibly can delay this until after election day," Katyal acknowledged. "But I think that's doubtful... it's a paper-thin shield, at best. And so I think it's totally possible for all this to come out before the 2020 election."