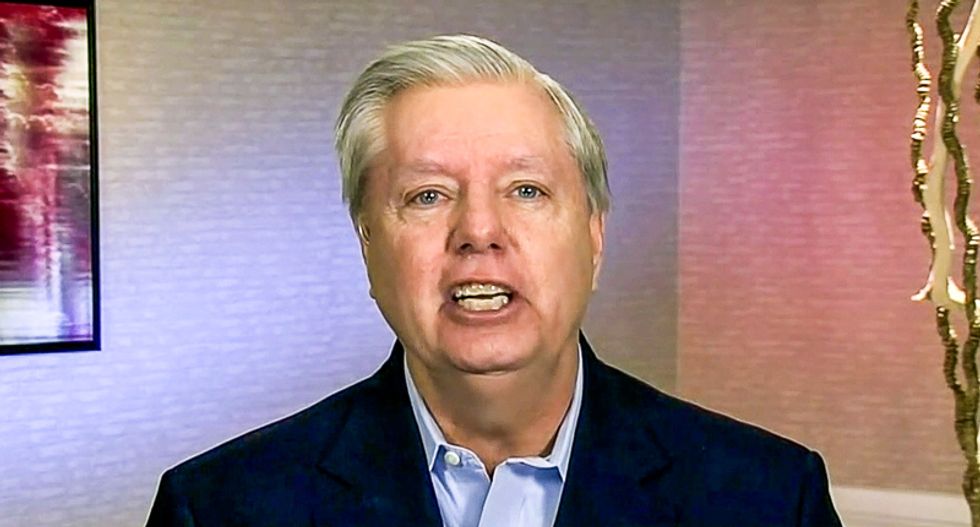 The president called on Wallace to apologize, after the racing association investigated a noose found in his garage -- which turns out to have been placed there long before Wallace started using the facility.

"I don't think Bubba Wallace has anything to apologize for," Graham told Fox News Radio's Brian Kilmeade. "I do say this about the drivers, even though it was a noose created to hold the door open, in the times in which we live, there's a lot of anxiety, so what did you see? You saw the best in NASCAR. When there was a chance that it was a threat against Bubba Wallace, they all rallied to Bubba's side, so I would be looking to celebrate that kind of attitude more than being worried about it being a hoax."

"NASCAR made a decision to ban the Confederate flag inside the infield and NASCAR arenas," the senator said. "They're trying to grow the sport. I've lived in South Carolina all my life and, if you're in business, the Confederate flag is not a good way to grow your business. The idea that Bubba Wallace, who is I think the only African American driver, was upset by somebody finding a noose in the garage made perfect sense to me. So what I would tell people from outside of South Carolina that NASCAR is trying to grow the sport, and one way you grow the sport is you take images that divide us and ask that they not be brought into the venue. That makes sense to me.