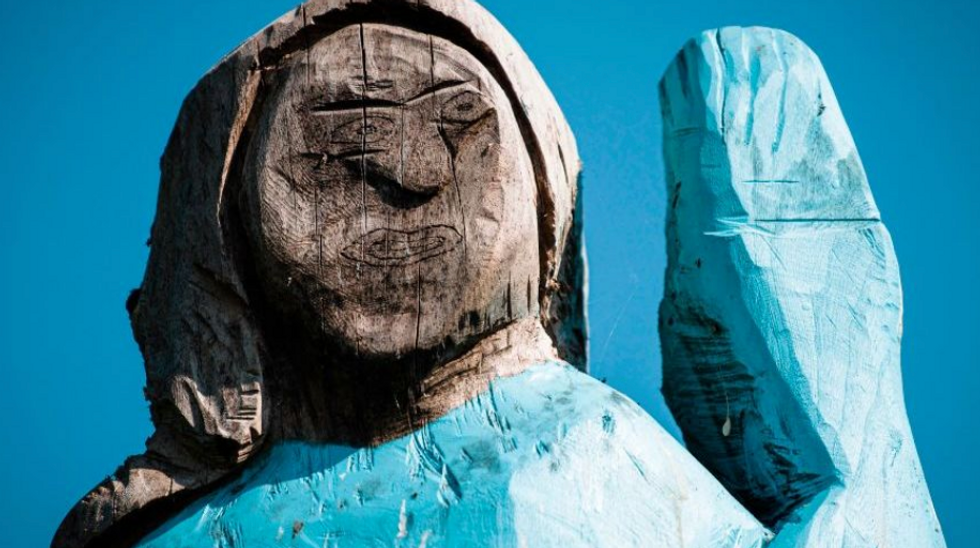 Wood carving of Melania in Slovenia (Image via screengrab)

On Wednesday, The Daily Beast reported that a wooden statue of First Lady Melania Trump carved from a tree outside her hometown in Slovenia last year has been burned to the ground.

"The artist who had commissioned the sculpture, Brad Downey, had the statue removed on July 5," reported Madeline Charbonneau. "Downey, who is American but works out of Berlin, had hoped his statue of the first lady would create dialogue about American politics, given that Melania Trump is an immigrant married to a president who seeks to stem immigration. Though the investigation is still pending, Downey said he hopes to interview the perpetrators for an upcoming exhibition."

This comes months after another Slovenian wooden statue of President Donald Trump posed like the Statue of Liberty, which was controversial with locals, was torched in January.