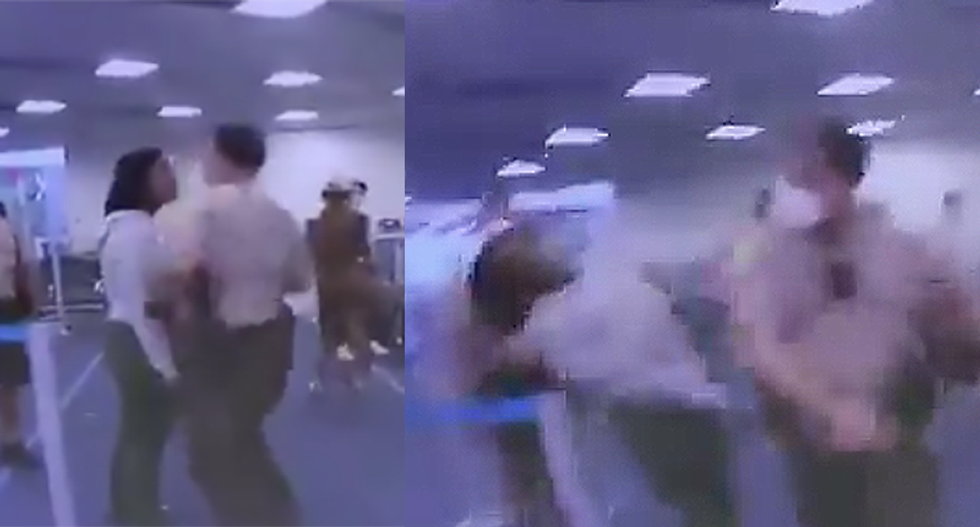 A bad situation turned worse, after a woman missed her flight at Miami International Airport. When police were called, things got even worse.

According to the Miami Herald, body-camera footage, which surfaced Wednesday evening, showed the officer hitting the woman yelling at him.

“You acting like you white when you really Black...what you want to do?” the woman without a mask says.

She then stepped very close to the officer, putting her face against his and that's when he struck her in the face.

“She headbutted me,” the officer then says as other officers rush to handcuff her.

“I am shocked and angered by a body cam video that I just saw involving one of our officers. I’ve immediately initiated an investigation and ordered that the involved officers be relieved of duty,” Miami-Dade Police Director Alfredo Ramirez tweeted.

Miami-Dade Mayor Carlos A. Giménez told CNN Wednesday evening called it "appalling" and an "excessive use of force."

The officer is a 20-year veteran of the force.

You can see a video of the incident below: