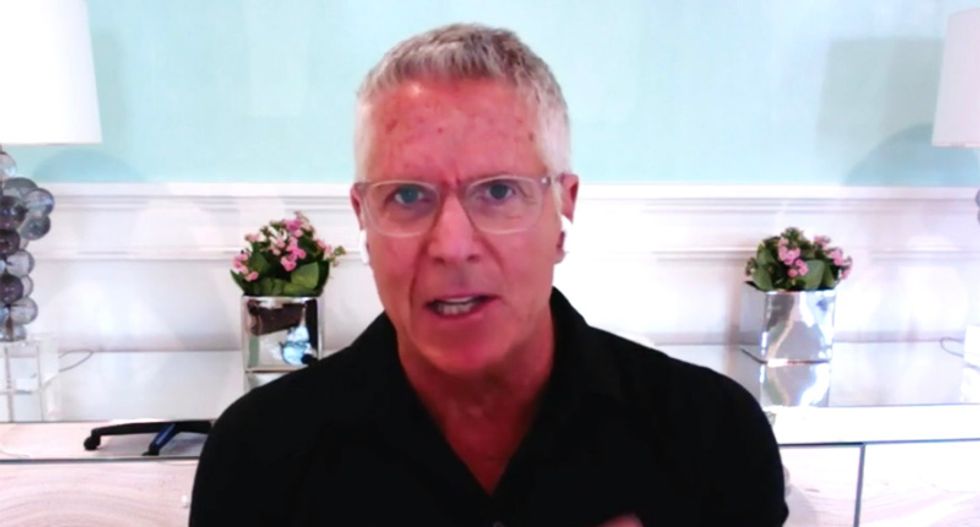 Appearing on MSNBC's "Morning Joe," regular contributor Donny Deutsch said he would not be surprised at all if Donald Trump dropped out of the 2020 presidential race because he wouldn't be able to face losing to former Vice President Joe Biden in a landslide.

Speaking with hosts Joe Scarborough and Mika Brzezinski, Deutsch -- who has known Trump for years -- said the president is looking at a humiliating defeat and may not stick around and let it happen.

"When you look at the 2016 election, you had Donald Trump who was an unknown, Hillary [Clinton] a known. Now we've got two knowns," he continued. "And none of this stuff is going to work. It is just -- it's a pathetic attempt -- people are not stupid, just like they're not stupid about their health. They're just not stupid and, Joe, I want to go back to something you teed up last week that I have been thinking all week."

"I would not be shocked at some point if he doesn't drop the mic," Deutsch admitted. "It's [the election] is not turning around. This is a guy that I cannot see standing up and owning the biggest landslide defeat in U.S. history. I know you have been throwing it out in, a lot of people are saying no, that's not possible. But the more I think about it, the more I'm jumping on your bandwagon. I don't see this guy going the distance."