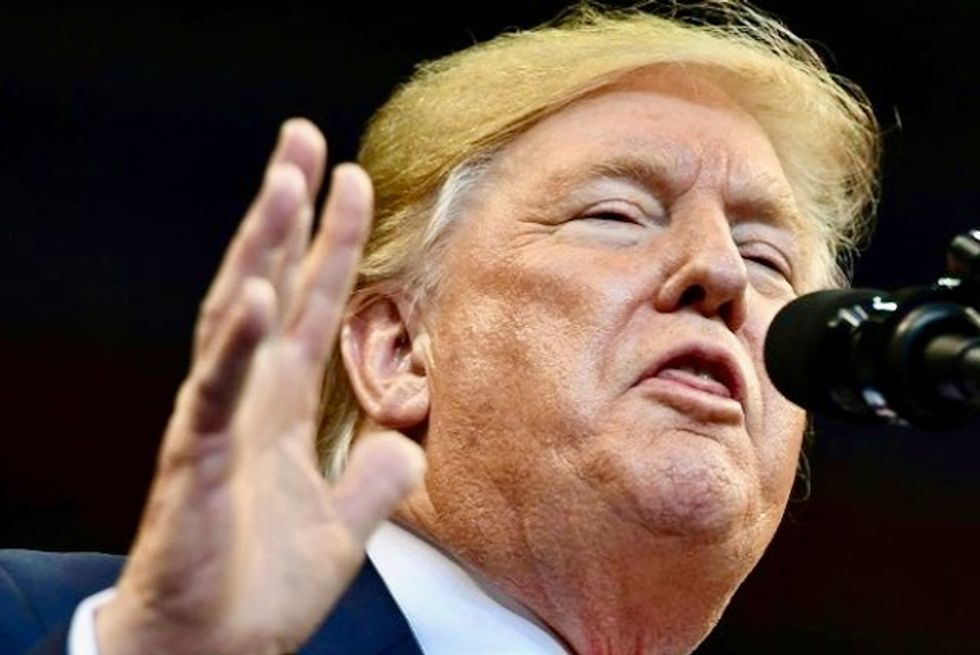 The president demanded an apology from Wallace, after NASCAR launched an investigation of a noose found in the driver's garage that turned out to have been placed on the door months before he had used the facility, and the racing association outraged some fans by banning Confederate flags from events.

"Has @BubbaWallace apologized to all of those great NASCAR drivers & officials who came to his aid, stood by his side, & were willing to sacrifice everything for him, only to find out that the whole thing was just another HOAX?" Trump tweeted. "That & Flag decision has caused lowest ratings EVER!"

Other social media users pounded the president for the racist attack.

@JCooper459 I follow racing and Bubba had nothing to do with this, other than being assigned the wrong garage. He n… https://t.co/UutP3OCqSE
— Various Artists (@Various Artists)1594040490.0

We've known this, but he has literally no other option but to dial up the racism now. Smoking resin at this point. https://t.co/g8qwUrNjxB
— luke oneil (@luke oneil)1594039670.0

@realDonaldTrump @BubbaWallace Have you apologized to @Kaepernick7 for being an unconstitutional racist asshole?
— David Weissman (@David Weissman)1594038920.0