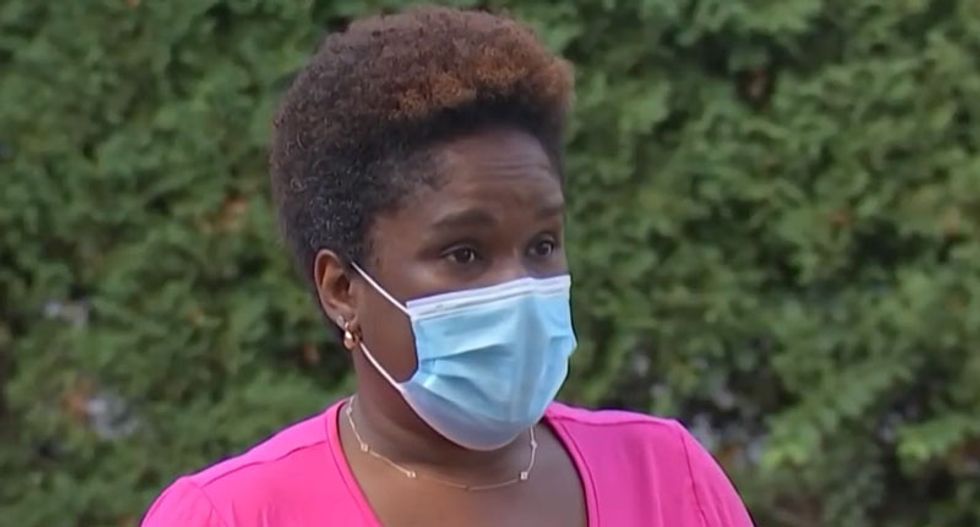 A Massachusetts mother says her twin boys were handing out free doughnuts when a man shouted racist abuse at them.

The 14-year-old Black twins and two white friends were sharing food they'd bought at Dunkin' Donuts with passersby Thursday when the man angrily confronted them in downtown Newburyport before jumping into his car, shouting racial slurs and driving away, reported Newburyport News.

"This guy came from nowhere and attacked my son, using the N-word," mother Adama Barry told WBTS-TV. "I cried for two days, you know, and my kids are so polite. I wish you could meet them."

Barry said her sons were already "scared for their lives with everything going on lately," but she said that's not the first time her family has been subjected to racist abuse.

A former neighbor frequently called her three children the N-word last year, and she once responded to an advertisement seeking work as a personal care assistant, but the employer told her they “could not deal with Black people.”

Another time a client's neighbor scolded her for walking in the building's driveway.

A witness to the recent incident posted a photo of the man on a local Facebook group, and one woman recognized her son and called police to report him.

"He just went off on me, and he was literally -- the anger was scary, and that is when I removed myself," said witness Kelly Mount, "and I said, 'Your racism, you, people like you are not welcome here.'"

Police have identified the man and are working with Essex County prosecutors to determine whether his actions meet the standards for a hate crime.