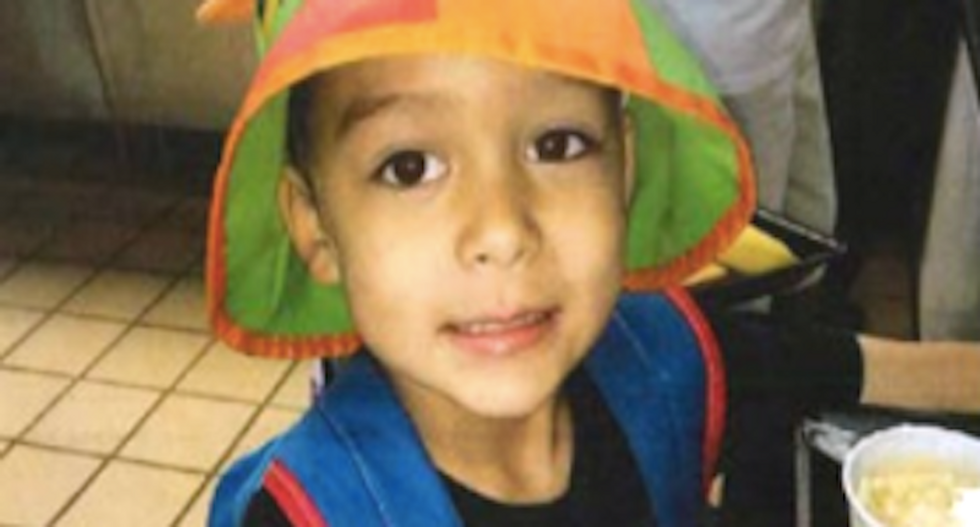 Texas deputies shot and killed a 6-year-old boy playing in his own home at the conclusion of a two-hour pursuit of a woman wanted on burglary and fraud charges.

An attorney for the slain child's parents recently sent a 16-page letter urging Bexar County commissioners to settle a lawsuit over the killing shortly before Christmas 2017, saying a deputy involved in the shooting admitted he never saw the suspect draw a weapon because his eyes were closed, reported KENS-TV.

"What we had was a case where a call from a bounty hunter led to a two-hour police chase of a non-violent suspect, and it resulted in that suspect fleeing and standing in front of a mobile home where there was a child's bicycle on the porch and a car in the driveway and a 6-year-old boy playing inside that had nothing to do with this police chase," said Tom Crosley, an attorney for the boy's father, Christopher Prescott. "Deputies in this case fired 20 rounds from assault rifles. And one of those rounds killed this innocent young child."

Sheriff Javier Salazar had initially said deputies pursued suspect Amanda Jones because she was allegedly involved in a vehicle burglary, but the lawsuit claims a bounty hunter had alerted deputies to the woman because she was wanted on fraud and credit card abuse warrants.

A deputy had claimed after the shooting that the pursuit was set off when Jones pointed a gun at him, but he later admitted that he never saw a weapon and instead "closed his eyes and flinched" when Jones ran past him.

More than two dozen deputies, K-9 units, drones and a helicopter took part in the search based on that falsehood, and authorities eventually located Jones at the Pecan Grove mobile home park -- where Kameron Prescott lived with his father.

Jones walked into the mobile home, but Christopher Prescott immediately told her to leave, and she agreed because he had children and she did not want any trouble.

The lawsuit claims that deputies briefly stopped shooting when Jones slumped forward, but they opened fire again -- shooting at least 18 rounds at the suspect.

Kameron Prescott who was playing with a light-up sword in his bedroom, was hit by two bullets.

Deputies handcuffed his father and took the wounded boy to a hospital, where he later died, and Christopher Prescott said the last words he heard his son say were, "Ouch, daddy, ouch."

A video recording shows a helicopter trooper flying above telling deputies that he could not see a weapon, but that Jones kept grabbing her hip.

Longoria, who swore under oath that he saw smoke coming from a gun in Jones' hand, was not up to date on his training requirements, the attorney's letter claims, and there was no body camera evidence of the shooting because deputies had either turned off the cameras or didn't have them at all.

"Why did it escalate to this?" the family's attorney wrote. "Why did a bounty-hunter-initiated event result in the death of a child in an entirely different neighborhood? Why did our deputies (who were the only people that actually had guns) end up firing 20 rounds at an unarmed person and an obviously-occupied mobile home — a structure that would provide no meaningful resistance to gunfire? Does the County really believe almost 20 rounds fired at an occupied home was 'only the amount of deadly force necessary?'"

The 30-year-old Jones, who had been previously arrested more than a dozen times, was also killed in the shooting.

A grand jury in March 2019 returned a no-bill of indictment in the case, meaning criminal charges would not be filed against the deputies involved in the fatal shootings.

Lawyers for the county offered $100,000 to the family to settle the case six months after they filed the suit, but the family rejected that as inadequate.

County officials and the sheriff declined to comment on the pending lawsuit, but court records show the county had previously filed a motion to dismiss the suit.

"They're taking the position that because they didn't mean to shoot Kameron, they really meant to shoot this woman, and that because he was an innocent bystander, they shouldn't be held responsible for causing his death," said Crosley, the family's attorney. "We think that's a ridiculous position for the county to take."