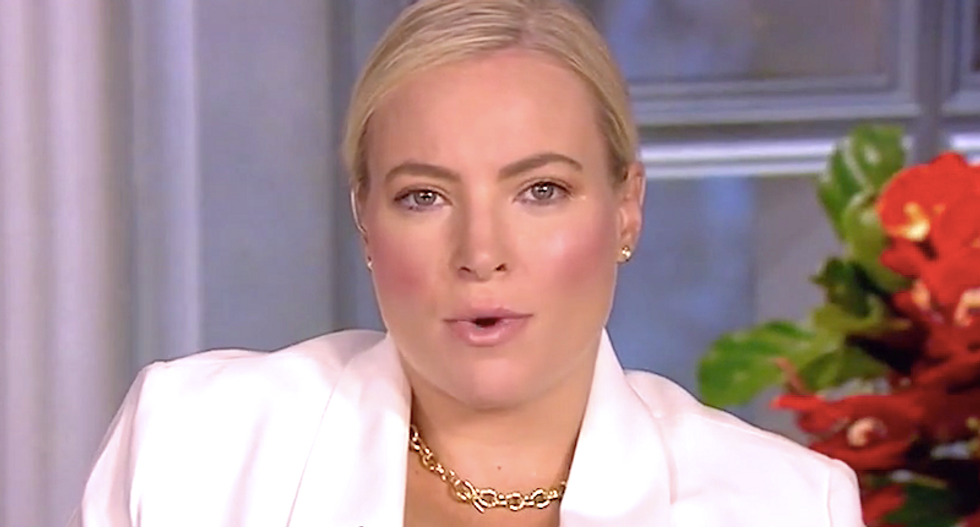 The conservative McCain personally supports wearing masks and social distancing, as Fauci and other public health experts advise, but blamed the infectious disease expert for the conspiracy theories that have sprung up about the virus because he has adapted his recommendations over time.

"I think he gave that interview yesterday talking about how maybe when we go out, we should be wearing goggles of some kind," McCain said, "and there really is just every day some kind of moving of the needle on this, and I remember when the pandemic first started, [experts advised] don't wear masks and they don't work and it doesn't matter."

McCain said she followed that advice initially but bought more later, and she blamed Fauci and the media for the mistrust in experts that President Donald Trump and his GOP allies have promoted throughout the pandemic.

"We can laugh about dumb people in Texas re-electing Congressmen [Louie] Gohmert over and over again," McCain said, "but there's a distrust of power, and we can go over that later, but it concerns me because we don't see our country tamping down the coronavirus in the way that other first-world countries will be. I for one am feeling completely hopeless about the future in any way about us ever going back in studio, about life ever returning to normal in any way, and I do wish people would just wear a mask. It's not that hard, but it seems to have become this sort of culture war issue that is very strange."

Trump for months refused to wear a mask or strongly recommend them, GOP lawmakers are frequently seen without them and polls have shown clear partisan splits on the issue of face coverings.

"I think when we talk so often about the polarization and the culture divide, this is why it's dangerous because it can literally have health ramifications and public crisis ramifications we're seeing right now, and it's tragic all the way around," McCain said. "I would like to say my family are total right-wingers, [and] all of us wear masks everywhere all the time. It's just safer and it's not that hard."