The View's Meghan McCain lashes out at Mary Trump over tell-all book: 'People say you're just trying to make money' 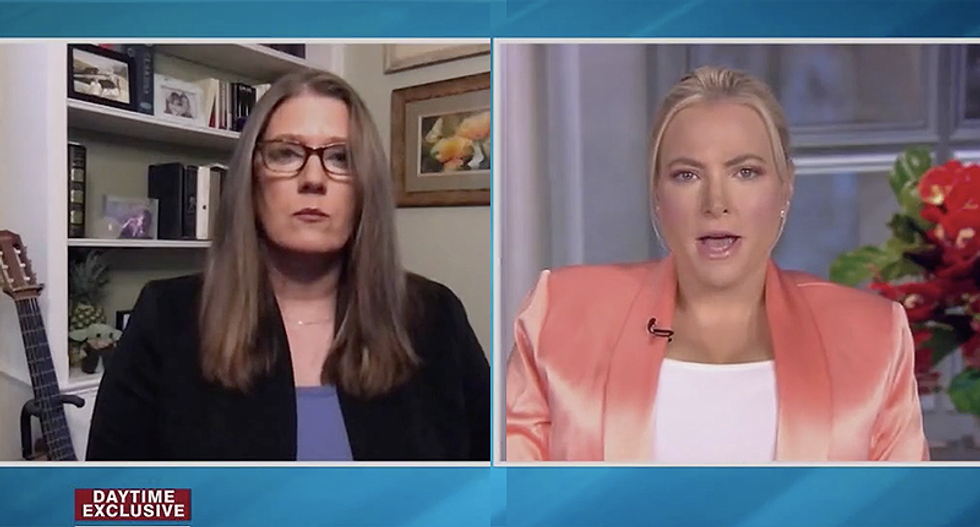 "The View's" Meghan McCain lashed out at Mary Trump on Thursday during her interview, saying that she hates tell-all books by family members because she's had them written about her and they were all lies. As a result, McCain attacked Trump, saying people think she's "just trying to make money."

"Well, you're entirely entitled to your opinion," Trump said calmly. "I think if you read the book, you see that I bring to the story my very deep experience within the family. I'm not some stranger writing it. I'm his niece."

"But you're not close you have in with the family where you say you have any relationship with Ivanka," McCain persisted. "I think the last thing I understand is you did end up going to her wedding, but you thought you were only invited as a courtesy. I know in my family, and my family is clearly nothing like the Trumps, but the people I'm close with, are close. I certainly have extended family who I don't interact with, or certainly only interact with at funerals and things like that. So I don't think people like that would know the inner workings of my immediate family dynamic in the way that you present it."

Mary Trump explained that she's not an "extended family."

"Donald is my dad's younger brother, and my cousins, Donald's children are completely irrelevant to the story I was telling which is, in my view, the foundational narrative about my family and how Donald became the person he is," Ms. Trump explained. "If I had wanted some measure of revenge, if I had wanted to cash in as you say, I would have done this ten years ago when Donald was still a very public figure and it wouldn't have -- I would not have been taking the risk that I'm taking. We've all seen how whistle-blowers fare in this administration. So I would much have preferred not to do this, but I felt it was extremely important that the American people have all of the information they need in order to make an informed decision."

For the past several years, the mental health community has called Trump a sociopath or a narcissist. As a psychologist, Mary Trump can give expert observations of the Trump family over the years she was involved.

"But you weren't concerned enough to not go to the White House," Meghan shot back. "I think this is the part I don't understand. Your brother says it's bad, and you went and had dinner with him on the taxpayer dime. You have a complicated relationship with him in this family that I don't understand, and I understand how you're saying it's important now and that's all well and good, but I do think that if you were probably close to that family, you would probably know your cousins Don Jr. and Ivanka on a level that you clearly don't."

Mary Trump explained that the book isn't about Don Jr. or Ivanka Trump, it's about her uncle.

"I'm not entirely sure where you are so focused on my cousins, who, again, are so much younger than I am," Trump said. "So I guess what I would say -- first of all, I did not go to the White House on the taxpayer dime. That's quite an absurd thing to say, but families are extremely complicated. You know, the administration was at that point less than four months old. I was going there for my aunt's birthday, you know, not to take advantage of Donald's position, and, I think, to focus on these things is to take away from the actually important things I write about in the book."

Watch the clash below: