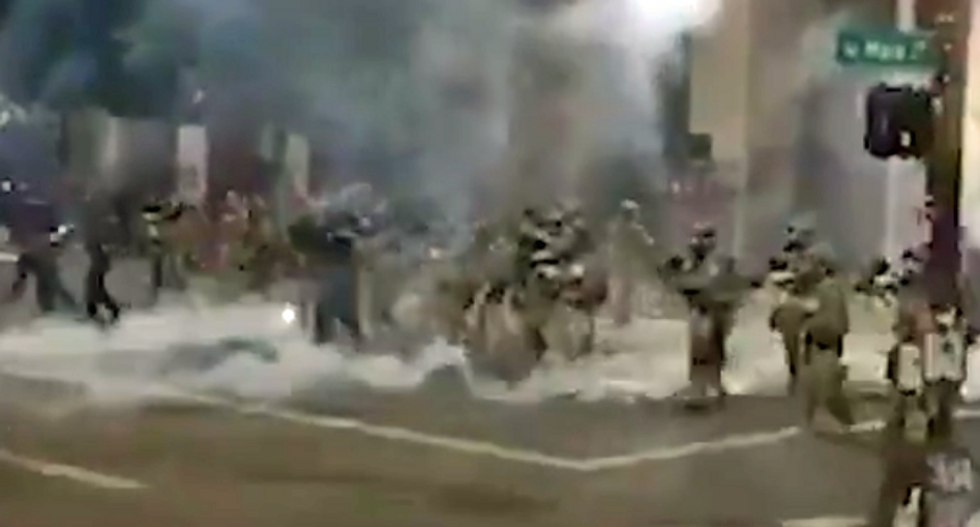 President Donald Trump went on Fox News on Thursday to threaten to deploy 60,000 Department of Homeland Security forces into U.S. cities -- and his plan may already be going to effect.

"The Trump administration, which has pledged to use the full force of the government to protect federal property, expanded that effort on Thursday by sending a team of tactical border officers to stand by for duty in Seattle," The New York Times reported Thursday evening.

"The Special Response Team being deployed is similar to the tactical teams currently operating in Portland, Ore., where local officials have vehemently objected to their efforts to subdue street protests. Seattle officials have also said they do not want federal agents sent to target protesters," the newspaper explained. "Agents from the Special Response Team, operated under U.S. Customs and Border Protection, are typically deployed for intense law enforcement operations, similar to the agency’s BORTAC group that has operated in Portland."

The announcement came as a federal judge issued a restraining order against the DHS agents in Portland.

"The deployment to Seattle came on the same day that the inspector general of the Justice Department announced an investigation into tactics used by the federal agents in Portland and in front of Lafayette Square in Washington, D.C., in early June," The Times reported. "The inspector general of the Department of Homeland Security, Joseph V. Cuffari, is also conducting an inquiry into the tactics of the agents in Portland."