Trump is 'going too far' in his culture war drumbeat — and it's scaring voters: GOP analysts 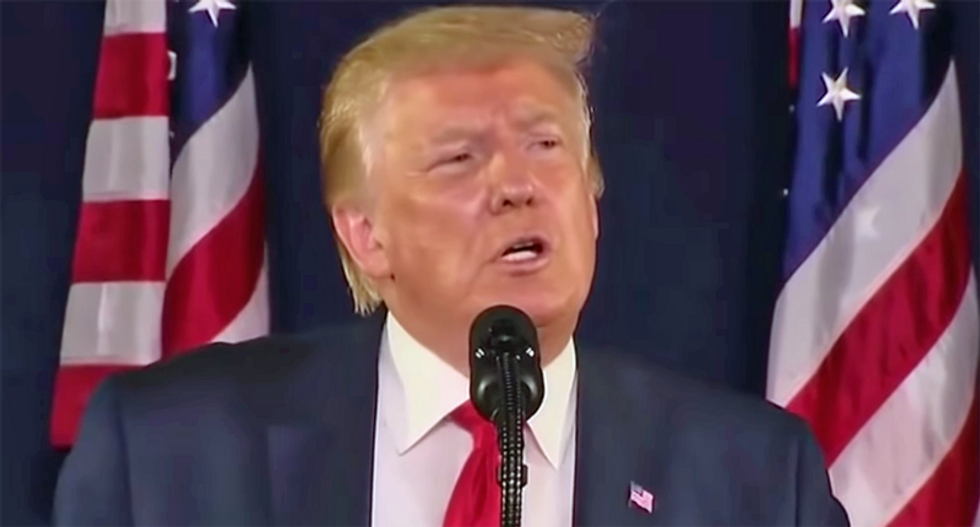 On Monday, McClatchy reported that Republican political strategists believe President Donald Trump's attempts to define the 2020 election as a culture war is backfiring, by repelling voters he needs to win to pander to voters he already has.

"His back up against a wall, President Donald Trump has made a concerted effort in recent weeks to regain a coalition of white voters who can help him win the 2020 presidential election with a message finely calibrated to play on racial anxieties," reported Francesca Chambers and Alex Roarty. "Preaching a 'law and order' message that harkens back to the turbulent 1960s, Trump is betting that a 'silent majority' of voters who are unwilling to publicly admit their true feelings about the racial divide will rally to his candidacy at the secret ballot box."

“Trump is frightening them by going too far,” said longtime Republican pollster Frank Luntz. “They really want communities to treat everyone with fairness. They really want justice for everybody. They’re not just concerned about themselves.”

GOP strategist Alex Conant agreed. “Some of that messaging may work for a fraction of his base, and to the extent that needs an energized base, it could be helpful. But he won in 2016 by having strong base turnout and winning independents and more traditional conservatives who are very turned off by that messaging.”

Trump has focused in particular on support for Confederate imagery, pledging to stand against the "left wing mob" trying to remove racist monuments, and attacking NASCAR for disallowing the Confederate battle banner at their events.