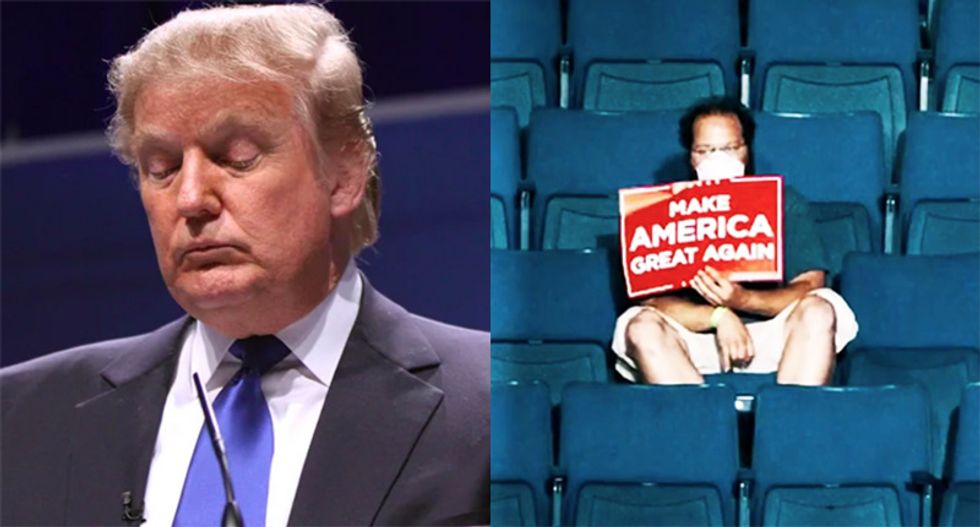 Donald Trump took to Twitter to explain that he has postponed his rally in New Hampshire on Saturday due to bad weather.  Reports in that the area show that the weather would be fine by the time the campaign event was scheduled to begin.

According to the president, whose last weather-related controversy ended with him using a Sharpie to alter an official National Oceanic and Atmospheric Administration map, "With Tropical Storm Fay heading towards the Great State of New Hampshire this weekend, we are forced to reschedule our Portsmouth, New Hampshire Rally at the Portsmouth International Airport at Pease. Stay safe, we will be there soon!  #MAGA2020."

Needless to say, after the president's poorly attended rally in Tulsa a few weeks ago, Twitter users were skeptical about the reasoning for moving the rally out a few weeks from the postponement date.

You can see a few comments below:

@realDonaldTrump You can watch Judge Jeanine instead and tweet "So true!"
— pourmecoffee (@pourmecoffee) 1594401327.0

@RepsForBiden @realDonaldTrump His doesn't want to slip In the rain With his very slippery shoes
— Steve Boyd (@Steve Boyd) 1594401404.0

@realDonaldTrump Just admit it. You postponed the rally because you didn't want to get embarrassed again like you… https://t.co/9mV8SkuaES
— Mrs. Krassenstein (@Mrs. Krassenstein) 1594401198.0