Trump is in a 'death spiral' with women -- even his female 2016 voters are 'running for the exits': GOP consultant 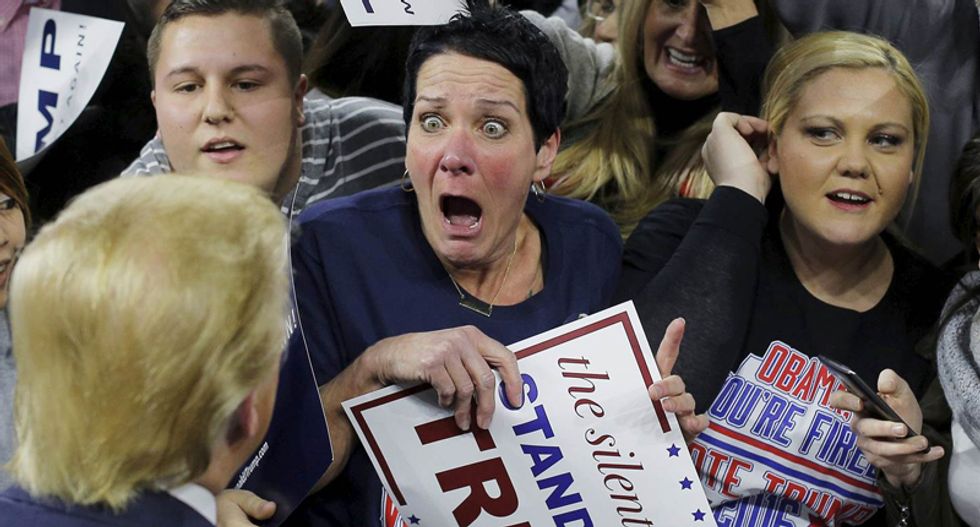 With less than four months to go before the 2020 presidential election, President Donald Trump's poll numbers keep sliding downward -- and one GOP consultant believes that even many of the women who backed him in 2016 are ready to jump ship.

Writing in The Bulwark, Longwell Partners CEO Sarah Longwell reveals that recent focus groups she's conducted with women who backed Trump in 2016 show that the president has finally isolated many of them with his responses to the COVID-19 pandemic and the police killing of George Floyd.

Longwell, who on Twitter describes the president's standing with women as in a "death spiral," writes that many of these voters had still planned on voting for him because of the strength of the economy -- but now the COVID-19 pandemic has taken that all away.

"He was holding on to many of those voters with a wing and a prayer and strong economy," she writes. "When everything began to fall apart, these female Trump leaners went running for the exits."

One 2016 Trump voter tells Longwell that she's now decided to vote for former Vice President Joe Biden in the fall because "the stakes are too high now" and "it’s a matter of life and death."