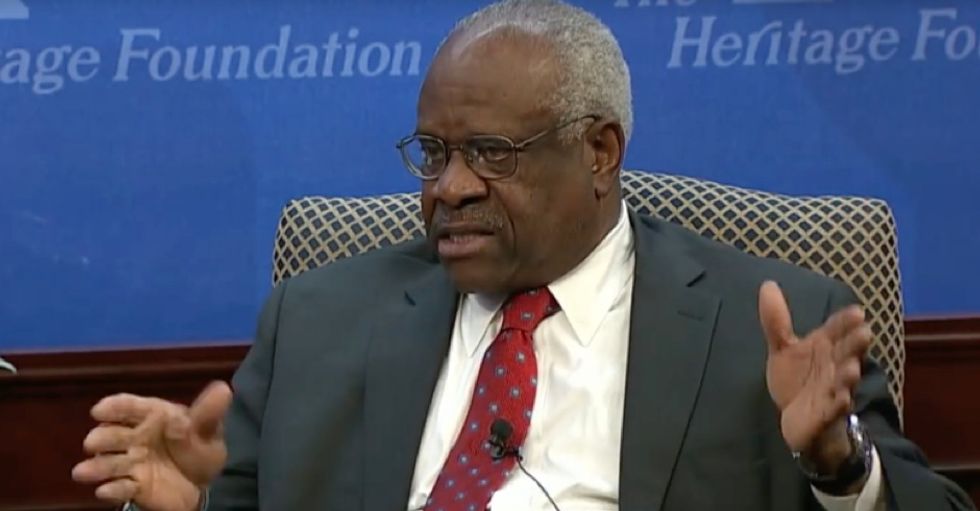 The political reporter told MSNBC's "Morning Joe" that Trump's campaign is hoping to dangle a judicial nomination in front of Republican voters, as Senate Majority Leader Mitch McConnell did in 2016 by stalling President Barack Obama's nomination of Merrick Garland.

"There are some people inside of the White house that are around this president who are hoping at this point, knowing that it may not happen, but they are hoping that there might be a Supreme Court vacancy," Costa said. "Clarence Thomas, the justice since the early '90s, could decide to retire."

Democrats are also hoping to make judicial vacancies a campaign issue, but Costa said Trump's team sees that as an issue that could fire up the president's base.

"As this White House really looks to galvanize that base, they are quietly preparing for the possibility of a Supreme Court vacancy," Costa said, "looking at people like the judge Amul Thapar, a favorite of Majority Leader Mitch McConnell, Amy Coney Barrett from Indiana, another federal judge, and they're looking at the possibility of an opening, and they think that kind of opportunity for them politically, that kind of news flash would be a total culture war in the middle of a summer when they're trying to stoke that Republican base. But in terms of the suburbs, at this point, it's all a bet on reopening the economy and a lot of hope more than any kind of strategic outreach."