'We've got to get a new guy': Florida Trump voters lash out at the president as they flee the GOP 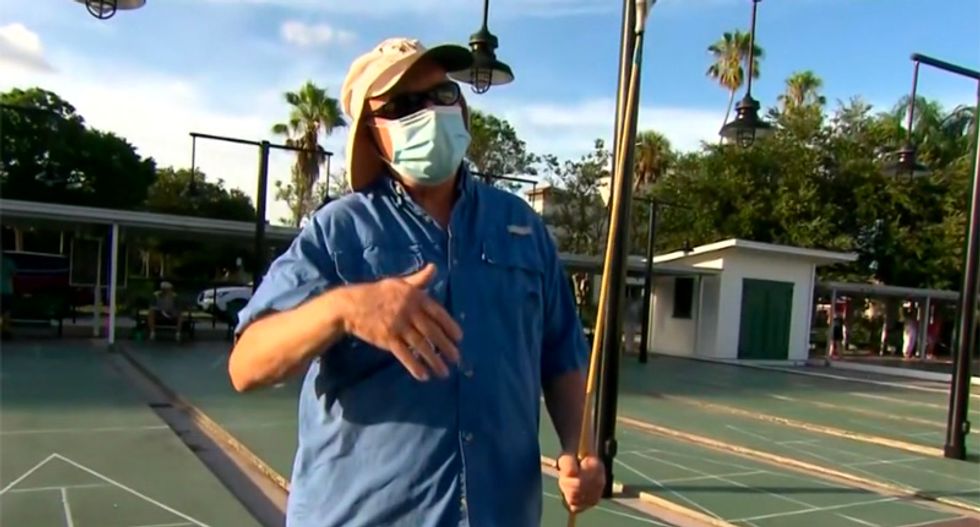 In interviews with CNN's Jeff Zeleny, longtime Florida Republicans who voted for Donald Trump in 2016 admitted they have no intention of helping him stay in office when they vote in November.

With polls showing the president trailing in the all-important Sunshine State, where seniors preferred Trump over former Secretary of State Hillary Clinton by 21 points last election, the president now finds himself bleeding support from a demographic he desperately needs if he wants to stay in the Oval Office after the first of the year.

According to retired banker John Dudley, 77, he voted for Trump last election and the president promptly "blew it."

"We were so excited in the beginning. A businessman to run our country like a business and it hasn't happened," he explained while admitting he has voted Republican his entire life.

"We've got to get a new guy. Our President is erratic," he explained, adding, "All he's succeeded in doing is juicing up the stock market. Now that's gone to pot because of the coronavirus."

The retired banker's comments were echoed by Marsha Lundh, 77., who said she plans to vote for former Vice President Joe Biden.

According to Paula Schelling, she abandoned the Republican Party because of the president.

"I had to change parties. I could not do this anymore," the retired 74-year-old former teacher recalled. "As I saw his interactions with foreign countries, how they were laughing at us, it just fortified my thoughts."

According to Donna Lukas who heads up the Pinellas County Democratic club, she is hearing from more and more seniors that they prefer Biden in 2020.

"There are more Democrats now than there used to be in years past," e she explained. "People seemed to have a hatred of Hillary for a variety of reasons, but I'm not hearing as much negativity about Joe. I know some Republicans who are definitely not voting for Trump and are probably going to vote for Biden."