Black Republican slams RNC speakers: They are ‘not fully aware of what’s going on’ 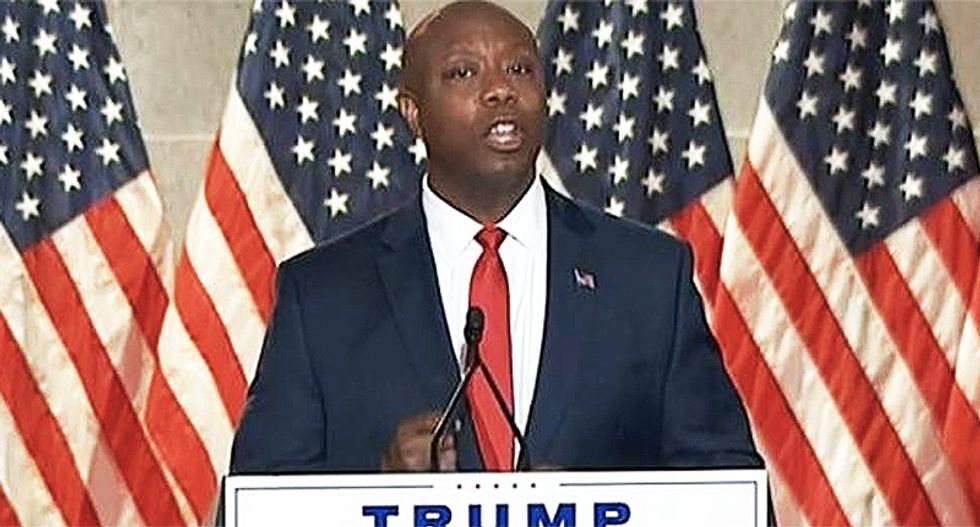 President Donald Trump's Republican convention has struggled to find diverse speakers willing to stand with a president known for being a racist. But the party has managed to find a few people of color willing to praise the president. One Black Republican, however, thinks that those speakers are clueless about the reality of what's going on in the rest of the Black community.

Speaking to Urban Radio's April Ryan longtime Republican Chris Darden explained that "for weeks now we have been dragged into the abyss of the incompetency of this president."

The former O.J. Simpson prosecutor told Ryan that it's time that Americans take back their country.

"I've seen a lot of people who, I wouldn't use the term brainwashed, but I see a lot of people who just don't seem to be fully aware of what's going on in this country," he said. "Of course, they paraded more African-Americans than I thought they could find through the convention so far. And I think all of them paint a picture of this country that doesn't exist. There's no equality, there is racism that is blatant, it is structural, clearly. There is a kind of injustice that operates on the streets of this country every day where African-Americans are treated unfairly with violence and excessive force disproportionate to other groups. and there's COVID and a pandemic and 170,000 dead Americans."

He went on to describe watching all of the speakers speak out for Trump ignoring all of those things as if they aren't happening.

Listen to the interview at the American Urban Radio Network.