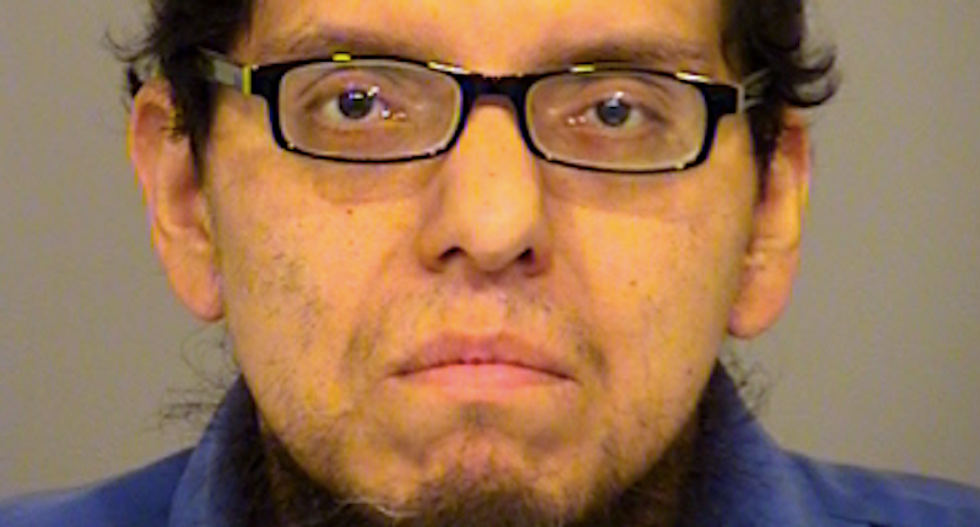 A Southern California man was charged in a bizarre identity theft scheme to smear an anti-masker he encountered on social media.

Gina Bacon, of Ventura, commented on a social media post about a mask dispute at Sandbox Coffeehouse in her hometown, and soon afterward a series of racist statements were posted online under her name on various social media accounts, reported KTLA-TV.

The posts quickly went viral, and sparked a backlash against the 45-year-old Bacon, who helped organize a rally in May opposing mask orders and other mandates intended to halt the spread of coronavirus.

Social media users spread screenshots of the racist posts, and they denounced a nonprofit she once oversaw, as well as the coffeeshop, to which she has no ties.

But police said Bacon didn't post the racist remarks, and instead arrested 42-year-old Edgar Castrejon on suspicion of identity theft.

Police said Castrejon, of Oxnard, set up fake accounts posing as Bacon, whom he apparently knew only from her social media comments about the mask dispute, and posted racist messages under her name.

Other social media users apparently got the mistaken idea that Bacon owned Sandbox Coffeehouse, whose social media pages were then drowned in negative reviews.

Castrejon was released Thursday, the morning after his arrest, and was scheduled to appear Oct. 27 in court.

“Investigators would like the public to know that California Penal Code 528.5 makes it a crime for any person who knowingly and without consent credibly impersonates another actual person through or on an Internet website or by other electronic means for purposes of harming, intimidating, threatening, or defrauding another person is guilty of a misdemeanor,” the Sheriff’s Office said in a statement. “False information can both discredit individuals and harm the reputations of the victims.”