Campus cop whines after she’s fired for putting ‘KKK member’ in her Twitter bio: ‘Not one person had my back’ 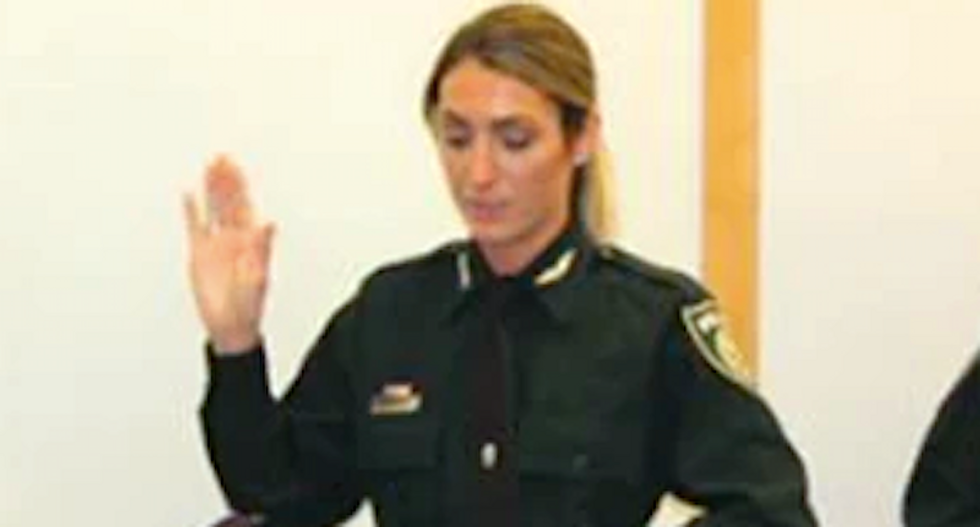 A University of South Florida police officer complained she was treated unfairly after she was fired over her Twitter account.

Presley Garcia, a campus police officer since 2018, fell under investigation last month after a local TV reporter showed the department screenshots of her since-deleted Twitter account, which described her as a "KKK member" in the bio section, reported the Tampa Bay Times.

The 26-year-old Garcia was fired last week, after the investigation concluded, and she told the newspaper she felt let down by the department -- and insisted she was not racist or a Ku Klux Klan member.

“There’s all the talk of ‘Back the Blue,’ but not one person had my back,” Garcia said. “I feel helpless and like I’m drowning. No one was willing to just listen to my story, and I feel like the university was just trying to cover their butts."

"That’s not something I believe in," she added. "That’s not how I was raised."

“If, despite her self-indicated alignment with the KKK, Officer Garcia were to continue her employment as a law enforcement officer, it is reasonable to expect protests and other demonstrations that could disrupt operations of this department and threaten the safety of her co-workers,” Daniel wrote. “This concern is of particular importance given the activities occurring on a local and national level. Since the incident involving George Floyd, dissident members of the community have targeted law enforcement officers, their departments, their families and their homes.”

The police chief claimed other campus officers had their doors kicked, vehicles photographed outside their homes and followed to work and recently “antagonized on the roadway."

Garcia admitted the account belonged to her but claims a friend placed the KKK reference in her bio in 2015, when she was 21 years old.

She told investigators she did not know what the reference meant at the time, although the friend refused to remove the description at her request, and she said she had since deleted the app from her phone and thought the account would be taken down, as well.

Investigators found Garcia had only been active on Twitter from November 2015 to January 2016.

“The agency failed me,” Garcia said. “It’s very hurtful that something from a long time ago that I didn’t even do has completely destroyed my career. ... There’s no way I’d ever be a part of that group. I wasn’t raised that way.”