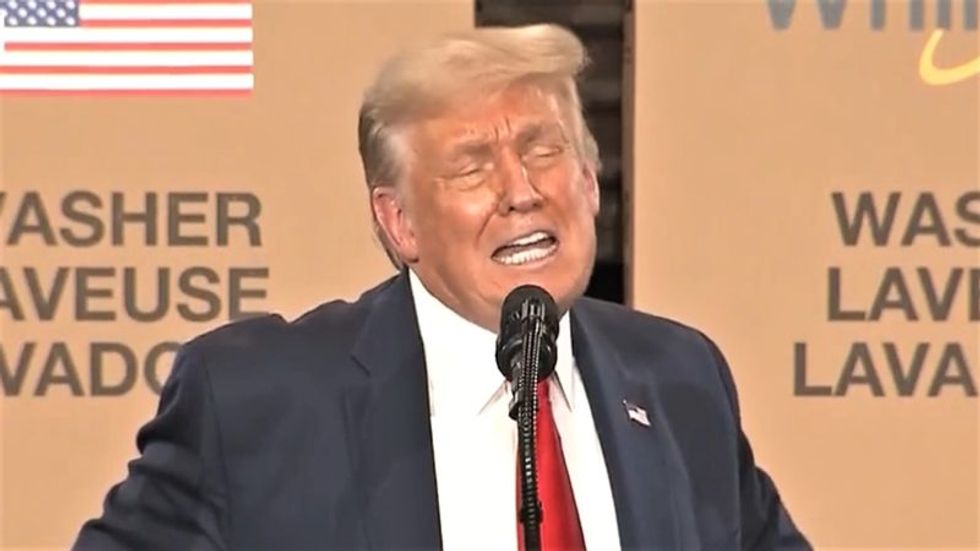 "Overnight, history teachers across America suffered an incredible scare," Berman said. "It came as the president was trying to compare the coronavirus pandemic to the worst flu pandemic of the last century."

He then played a clip from the president's Monday evening news conference.

"The closest thing is in 1917, they say, right?" the president said on Monday. "The great pandemic. It certainly was a terrible thing, where they lost anywhere from 50 to 100 million people. Probably ended the Second World War -- all the soldiers were sick!"

"Can you spot what's wrong with this statement?" Berman asked. "Well, for starters, wrong year, wrong war, and it didn't end it! The great influenza pandemic was 1918, not 1917, despite the president's persistent effort to make it thus. 1918 was the end of World War I, not World War II, which was, you know, a lot later. And neither was ended by the flu."

Berman then sarcastically suggested that the president confused the two wars because they featured battles in "Thighland," a reference to Trump's infamous mispronunciation of Thailand.