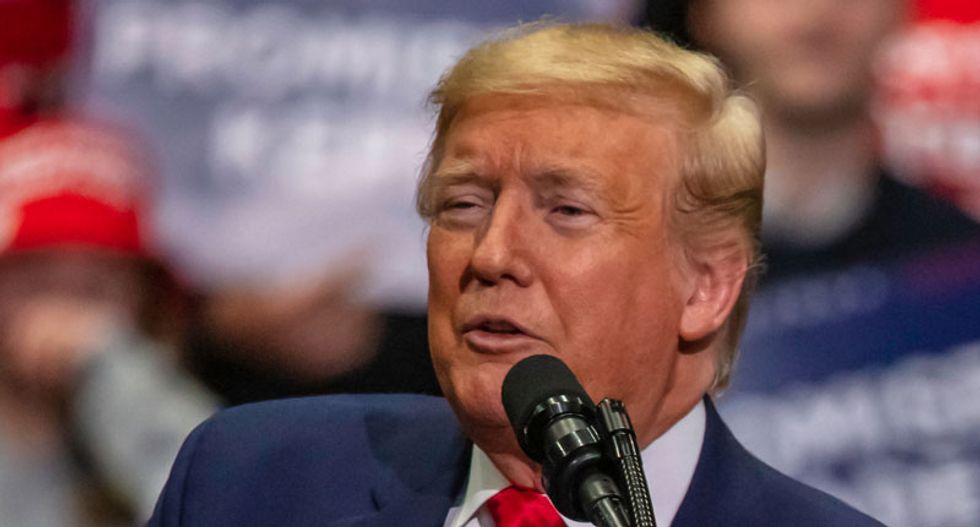 Republicans are hoping to save their election chances by stoking fear and anger against the Black Lives Matter movement.

Taking their cues from President Donald Trump, GOP congressional candidates in safe seats are painting the civil rights movement as "Marxist" and anti-family, while Republicans in swing districts are portraying their Democratic opponents as "left-wing radicals," reported Politico.

The Trump-endorsed Bill Hagerty, who's running for Senate in Tennessee, told the website that the BLM movement wants to see the "destruction of the nuclear family," and Sen. Kelly Loeffler (R-GA) has attacked WNBA players for supporting the movement's message, which she has repeatedly claimed is Marxist.

Trump has called BLM "a symbol of hate," and his personal attorney Rudy Giuliani warned the movement "has been planning to destroy the police for three years.”

Fox News and talk radio hosts have amplified and repeated those attacks, but it's not clear how effective those attacks will be in shaping voter opinion.

“People putting ‘Black Lives Matter’ signs on their lawns, it's not an endorsement of a particular organization so much as a value statement uniting a lot of people from many backgrounds,” said Rep. Tom Malinowksi (D-NJ), whose mostly white district had voted Republican for decades until he won in 2018.

Two of the movement's founders, Patrisse Cullors and Alicia Garza, are indeed self-declared Marxists, and the Black Lives Matter Global Network indicates that one of its missions is to “disrupt the Western-prescribed nuclear family structure requirement" to promote community responsibility toward children.

Despite the attacks, recent polls show more than 60 percent of Americans support the movement, and an increasing number of white Americans agree minorities are not treated equally by the criminal justice system.

The movement also enjoys broad support among voters in urban, suburban and rural districts, although opposition has also spiked 9 points last month -- although political strategists say it's not an easy issue to run against.

“Explaining the difference between the Black Lives Matter movement versus the Black Lives Matter sentiment — there’s nuance there and nuance is hard in politics,” said GOP strategist Ian Prior, who's working to unseat Rep. Matt Cartwright (D-PA). “But support for law enforcement, that’s not nuanced and that’s where I think you’ll see a lot of the Republican messaging in tough races.”