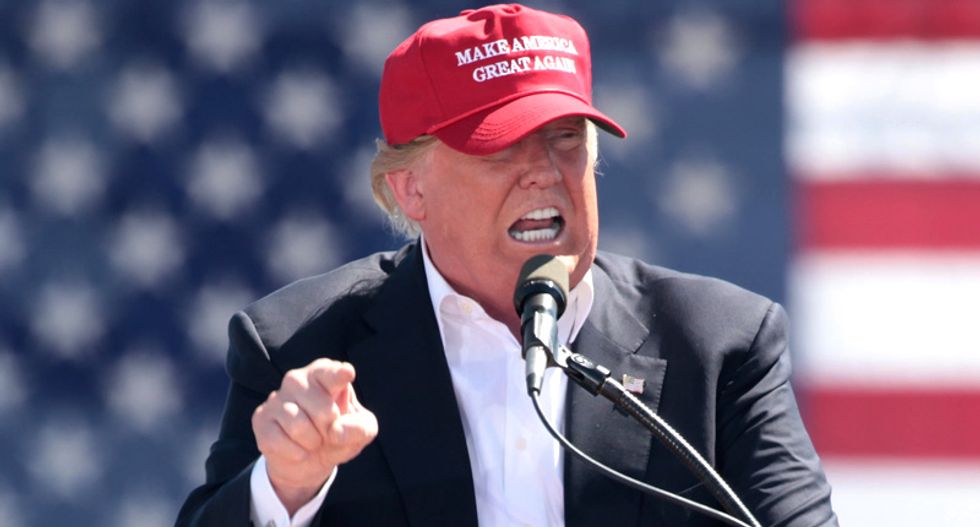 Elizabeth Neumann, who served as DHS assistant secretary for threat prevention and security policy, said the president remained single-mindedly focused on stopping border crossings, and the constant chaos and turmoil in his administration prevented top officials from performing their regular duties, reported Politico.

“When you are spending all of your energy preventing him from doing something illegal, you can’t then also run your State Department or your Defense Department or your DHS,” Neumann said. “So you’re heavily relying on the people underneath you: ‘Try to do your jobs as well as possible while we protect you from the chaos.’ But everyone in the system is experiencing the same thing.”

Trump berated former DHS secretary Kirstjen Nielsen whenever he saw her physically anywhere except the border, according to her former chief of staff.

“Verbatim the president said, ‘Get your ass to the border, why are you not down there?’” said Miles Taylor, Nielsen's former chief staffer.

Taylor recalled this week in a podcast that Trump sometimes mused about torturing migrants who crossed the border, but the president and his former national security adviser John Bolton were unmoved by acts of violence committed by self-professed white supremacists.

“They said, ‘We’ll come up with a separate domestic terrorism strategy,” Taylor said. “Bullsh*t. They never did. It just got lost.”

Neumann and other DHS officials saw seemingly random acts of violence and vandalism against religious and racial minorities flare up across the country, but she said Charlottesville drove home the realization that right-wing terrorism had gathered into a serious threat.

“Sadly, the president botched his response, and it became much more about what the president said and how he botched it than it was about what just happened,” Neumann said. “This is not the America we know. We all had this collective, ‘What in the world? How is this happening in 2017?’”

A month after the Sept. 20, 2019, mass shootings in El Paso and Dayton, DHS officials signed off on a strategic framework on terrorism and targeted violence "racially- and ethnically-motivated violent extremism," but no such plan was ever made public -- and current DHS officials are now more concerned about left-wing extremism.

“I think it’s B.S.,” said DHS’s current second-in-command, Ken Cuccinelli of criticism of the agency's response. “I think it’s people that want to downplay the work we’ve done in the white supremacy area. But let’s face it, what is in the news every day for the last three months? It is left-wing, organized violence.”

But the department’s former counterterrorism coordinator John Cohen told Politico the president wasn't making the job any easier for DHS, and might even be making things worse.

“Law enforcement officials are concerned that the political rhetoric used by the president to inspire his political base has been viewed by some violent white supremacists as a call to violent action, and has been viewed by a number of mentally unwell, violence-prone individuals as permission to engage in acts of violence,” Cohen said.