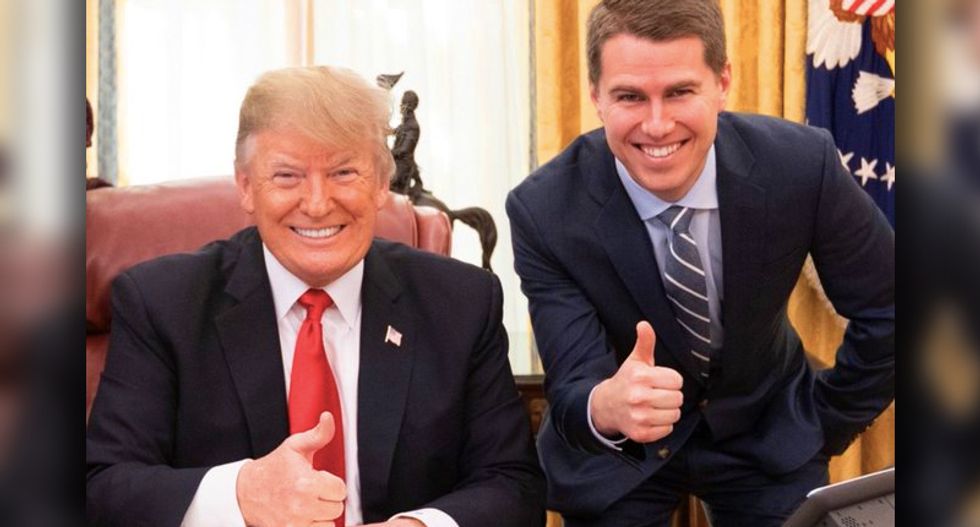 A former Department of Homeland Security staffer revealed some of President Donald Trump's horrific behavior that caused him to flee the administration.

Miles Taylor, the former DHS chief of staff, told The Daily Beast's Rick Wilson and Molly Jong-Fast what he saw from the easily angered and constantly distracted president during White House meetings.

“This was a man with no humanity whatsoever,” Taylor said. “He says, we got to do this, this, this, and this, all of which are probably impossible, illegal unethical.”

"He looks over me and he goes, ‘You f*cking taking notes?’” Taylor said.

Even when he wasn't proposing torture or worse, the president couldn't go through a meeting “without him doing 20 tangents, becoming irascible, turning red in the face, demanding a Diet Coke, spewing spit,” Taylor said. “Literally out of godd*mn nowhere, he'd be like, ‘You know, who’s just my favorite guy? The MyPillow guy. Do any of you have those pillows?’”