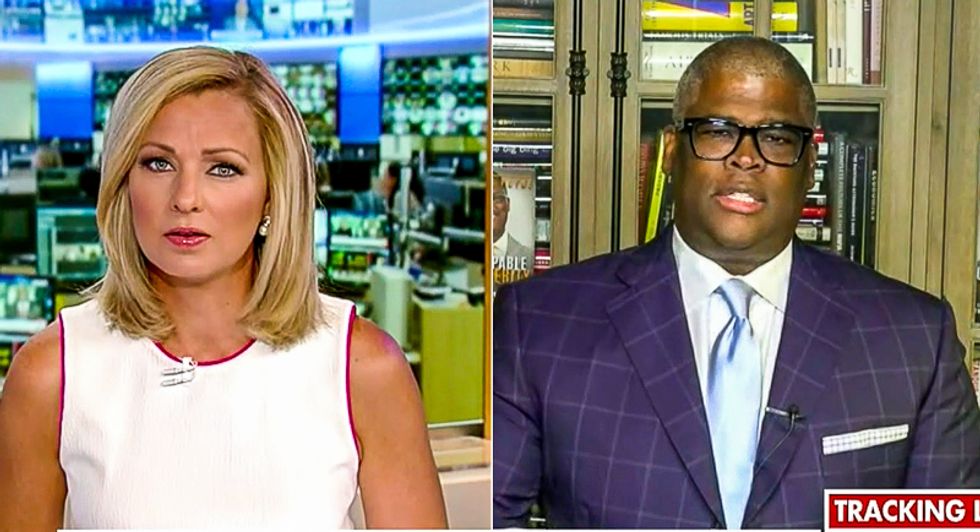 During an appearance on Fox News, Payne argued that Americans have a "simple choice" because President Donald Trump wants to cut taxes for the richest Americans.

"He's not raising taxes for anybody making less than $400,000 a year," Fox News host Sandra Smith said of Biden's plan. "So who is winning this debate?"

Payne added: "400,000, again, it's a lot of money but by the same token, it's going to hurt the progress that we've made and the progress most of us want to make."

Did Charles McGonigal sabotage the 2016 election?

The chair of the Senate Judiciary Committee is pressing the Department of Justice for details about a former FBI agent who was indicted for working for a sanctioned Russian oligarch and laundering the proceeds.

Charles F. McGonigal retired as special agent in charge of counterintelligence for the FBI’s New York office in 2018. McGonigal allegedly began cooperating with an agent of aluminum baron Oleg Deripaska while he was still working for the FBI. Deripaska is under indictment for allegedly evading sanctions and obstructing justice.

Shady accounting tactics used by the former campaign treasurer for scandal-plagued Rep. George Santos (R-NY) are now raising questions about work she did for other clients, such as former New York gubernatorial candidate Lee Zeldin.

A new report from CNN highlights that both Zeldin and Santos shared a striking set of unusual expenses in their campaign finance reports: 21 payments on a single day that each total exactly $199.99, which CNN notes is "just one penny below the dollar figure above which campaigns are required to keep receipts."

Authorities have so far arrested more than 950 people for alleged crimes related to the Jan. 6, 2021 insurrection for all manners of misdeeds, from weapons offenses to illegal entry to assaulting law enforcement officers.