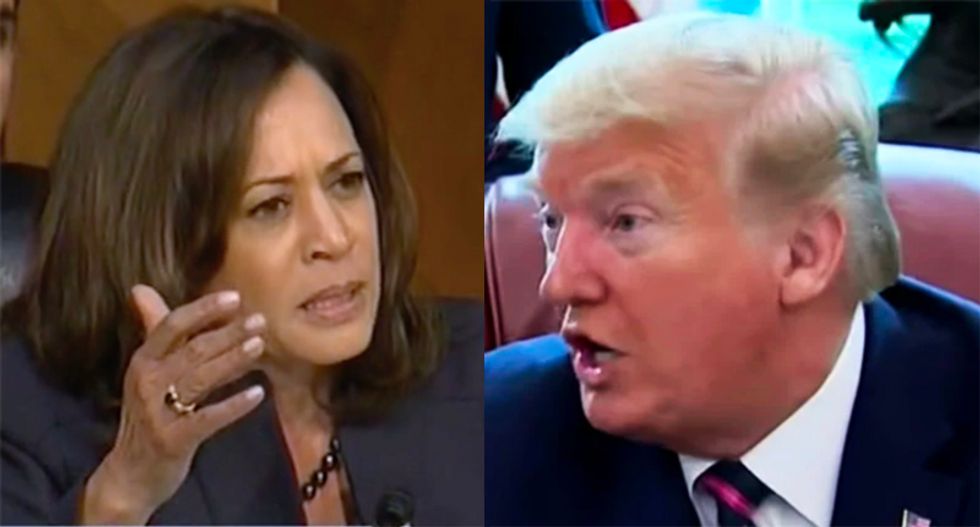 In a column for the New York Times, Timothy Egan suggested that former Vice President Biden did an excellent job by selecting Sen. Kamala Harris (D-CA) to be his running mate, saying her skills as a prosecutor will serve his presidential campaign well when making the case against the re-election of Donald Trump.

Calling Harris the "prosecutor Trump fears most," Egan said that the president's dishonesty and bungling of the coronavirus pandemic that has led to the deaths of almost 170,000 Americas will be fertile ground for the former California attorney general to explore.

Mirroring Harris's comments when she was introduced as Biden's number two, Egan wrote, "President Trump has made a mockery of the Constitution, has lied to you more than 20,000 times and is currently trying to sabotage the Postal Service in a desperate bid to cling to power. But worst than any of that, he is responsible for thousands of Americans who have died during his willful mismanagement of the pandemic. The case against him is 'open-and-shut.'"

Pointing out that Harris has made a career out of taking down "career criminals," Egan wrote that she served notice to Trump that she knows what he is last year when she stated, "I know predators, and we have a predator living in the White House. The thing you must importantly know, predators are cowards.”

"Trump owns this failure. We are a pariah nation, shunned and pitied, unable to travel outside our borders, prisoners of his fatal malfeasance, "he explained before calling out some the president's enablers by charging, "Some of you have excused this president’s incompetence, his quackery, his buffoonery, his vile character, his consistent insults of women, minorities, the free press, the courts — so long as it was just the daily respiration of a narcissist. But we know now, and you must never forget, that his ignorance is lethal."

Backing the line of attack the Democrats will press against the sitting president, Egan explained, "Most of you have made up your mind. For those who haven’t, the prosecutor will close with what she opened with. The United States is 'in tatters.'"

"Look around at the shuttered businesses, the hospitals stuffed with those struggling to breathe, Americans at each other’s throats," he added. "This president offers you no way out. You alone can show him the door."