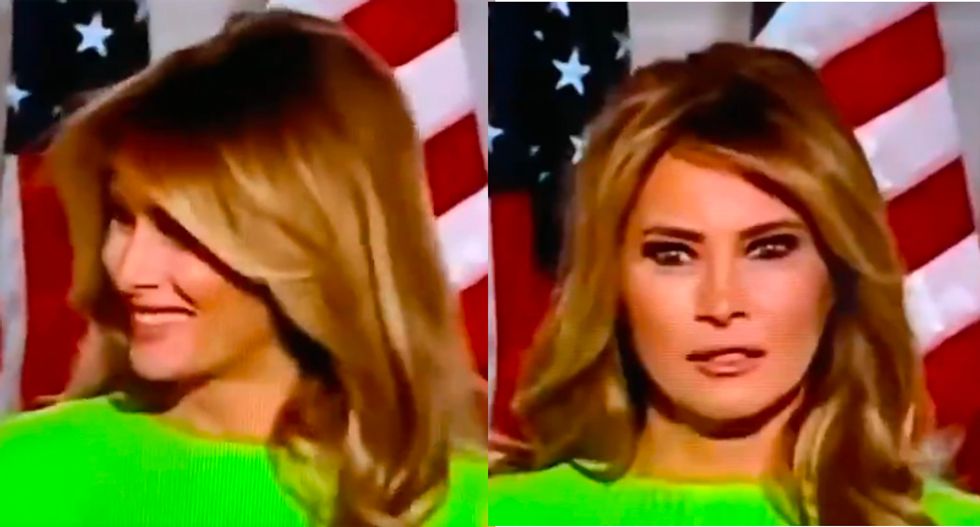 In a video clip uploaded to Twitter on Thursday night, first lady Melania Trump can be seen flashing a smile at her step-daughter Ivanka who was walking by her on the stage at the Republican National Convention that quickly morphed into a glare once the first daughter had passed by.

With White House adviser Ivanka chosen to introduce her father, Donald Trump, to give his acceptance speech at the convention, the Trump family  was lined up when the brief and telling encounter occurred.

The first lady has reportedly had a contentious relationship with Ivanka, who along with Don Jr. and Eric is a child from the president's first marriage.

Earlier in the week, it was reported that Melania has been critical of Trump's children, with a former aide to the first lady claiming she recorded the president's third wife making disparaging remarks.

You can see Thursday night's encounter below: