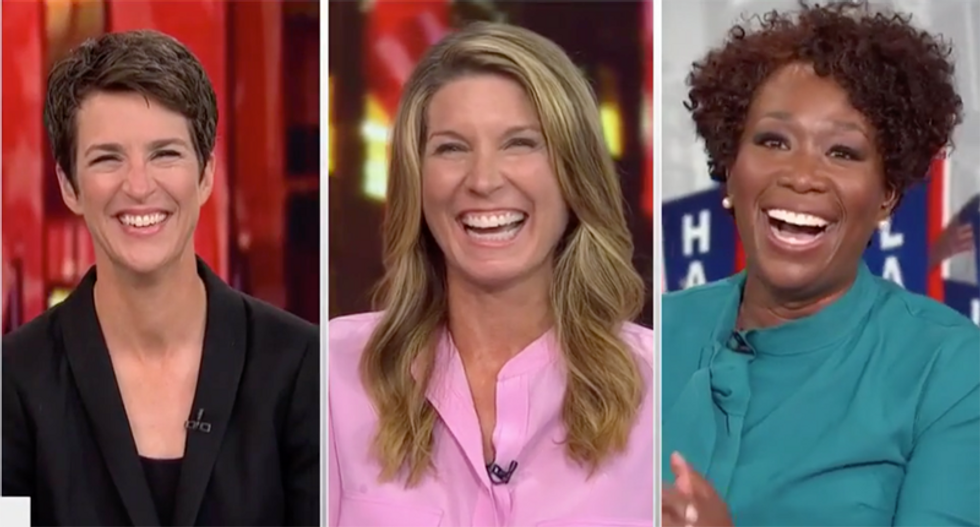 Following her speech, MSNBC anchors Rachel Maddow, Nicolle Wallace and Joy Reid were all impressed by the address.

"I would just like to see that Michelle Obama speech all over again," Maddow said. "She is absolutely riveting, as is this format in some ways."

"She delivered epic shade. 'It is what it is' was the line that Donald Trump had about deaths, and every single death, every single American life lost in this pandemic is the destruction of an entire family unit, of a universe, of a community, of a school if it was a teacher, of a hospital if it was a doctor."

"So for her to throw that back at him was elegant, but epic shade," Wallace said.

Joy Reid said, "she made the loving case for change."

Like her extremist friends on the far right Greene has become an "insurrection truther," like the 9/11 truthers who insist the attack by bin Laden was actually an "inside job" by the U.S. government, which is false.