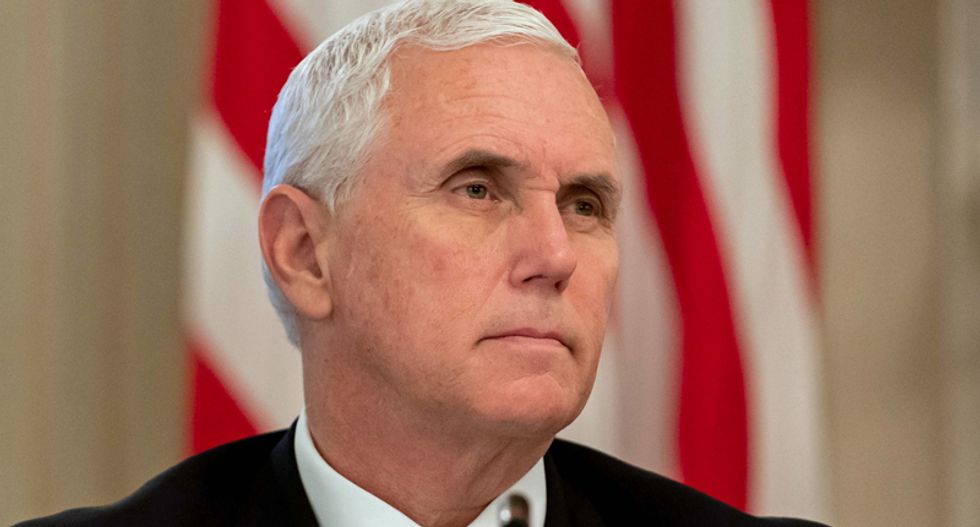 For Christians who read their Bible, this may seem somewhat familiar. He was loosely citing two different verses in the speech

One was, 2 Corinthians 3:17, which reads, “Where the spirit of the Lord is, there is freedom.”

The other was, Hebrews 12:1-2, reading, “Therefore, since we are surrounded by such a great cloud of witnesses, let us throw off every encumbrance and the sin that so easily entangles, and let us run with endurance the race set out for us. Let us fix our eyes on Jesus, the author and perfecter of our faith, who for the joy set before Him endured the cross, scorning its shame, and sat down at the right hand of the throne of God.”

He also described Jesus (Old Glory in his text) as “the author and perfecter of our faith and freedom." Freedom doesn't appear in the Hebrews text.

While many writers plagiarise the Bible and fumble the quotes, Pence claims to be a "born-again, evangelical Catholic" who lives his life in strict accordance with the Bible.

As Nathan Gonzales pointed out, had someone at the Democratic Convention misquoted the Bible, Republicans would have behaved differently. Under Pence, however, pastors were rushing to praise.

If a speaker at the DNC had taken these liberties with Scripture, Republicans would be singing a different tune. https://t.co/v5ni6Ex877
— Nathan Gonzales (@Nathan Gonzales) 1598551779.0

Other Christians, however, oppose the Christian nationalism that Pence often preaches.

“As Christians, we must speak in one voice condemning Christian nationalism as a distortion of the gospel of Jesus and a threat to American democracy,” the Post cited a 2019 letter from a group of Christians. The letter goes on to call it a “persistent threat to both our religious communities and our democracy.”

Others called the scripture change an example of "idolatry" an blasphemous. Pence, who supports the Ten Commandments, would be breaking the Second Commandment.