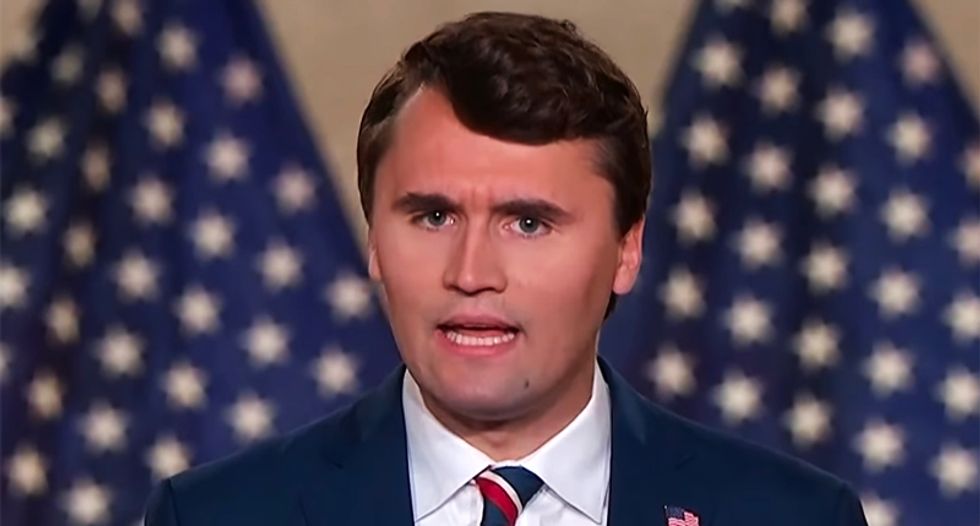 In a column for the Daily Beast, the former counsel for the Republican Congressional Committee expressed dismay at what was supposed to be "Diversity Night" at the Republican National Convention saying the party still has not figured out how to deal with race in America.

According to Sophia Nelson, a black woman who once ran for a House seat as a Republican and recently left the party due to the rise of Donald Trump, her former party blew their chance to peel away voters of color from the Democrats by featuring speakers using racist dog whistles on the same night a smattering of Black Trump supporters were featured.

Writing "The Republican party has been headed down the wrong path on inclusion and diversity for decades," Nelson started off by noting the appearance of TPUSA head Charlie Kirk, adding that the white 26-year-old is "one of the most divisive, and angriest figures in America," and calling out the convention organizers for giving airtime to the white St. Louis couple who pulled guns on Black Lives Matter protesters.

"In the end, Diversity Night turned out to be the biggest joke since Infrastructure Week, as an overwhelmingly white, male party tried to put its best foot forward with former South Carolina Governor and United Nations Ambassador Nikki Haley, who’s Indian-American, and South Carolina Senator Tim Scott, the party’s only Black senator," she wrote. "It was all tip, no iceberg."

Admitting that she used to admire both Haley and Scott, she wrote that their appearance praising Donald Trump is why she has become disappointed in them.

"Haley and Scott are stars, and people I used to consider the future of the Republican Party. But in the past four years I have watched both “leaders” blindly follow Trump and violate their own morals and values to fall in line with his new, less diverse and less kind GOP," she explained before adding that, after them, the GOP is for the most part devoid of people of color.

Adding that both Haley and Scott made a few good points on Monday night, she said the rest of the speakers who appeared buried their messages.

"While Scott closed the first night of the Republican convention, it was defined by the ranting, raving speech of former Fox News host Kim Guilfoyle, the foggy, squinty-eyed speech of her boyfriend, Donald Trump Jr," she wrote. "And by a wild speech from the Black woman running a Quixotic congressional campaign in Baltimore, Kim Klacik, who blasted what’s happened to American cities run by Democrats, and—the coup de grâce—a speech from Vernon Jones, a Black man and member of the Georgia state House of Representatives, who introduced himself as a lifelong Democrat but who clearly hates Democrats. Go figure."

Nelson went on to point out that little has changed in the Republican Party since she ran for office in 1996.

"I’ve been warning that this day was coming for a quarter-century now—that the party needed to see the coming demographic shifts and take the sunny entrepreneurial optimism, compassionate conservatism, and self-reliance of Jack Kemp and take it to the streets and directly to America’s Black and brown communities," she recalled. "But they ignored me. They attacked. They alienated me and others like me, and finally I left. The party, with few exceptions, simply did not see the value in someone like me or many like me. They still do not. Two speeches Monday night did nothing to change that."