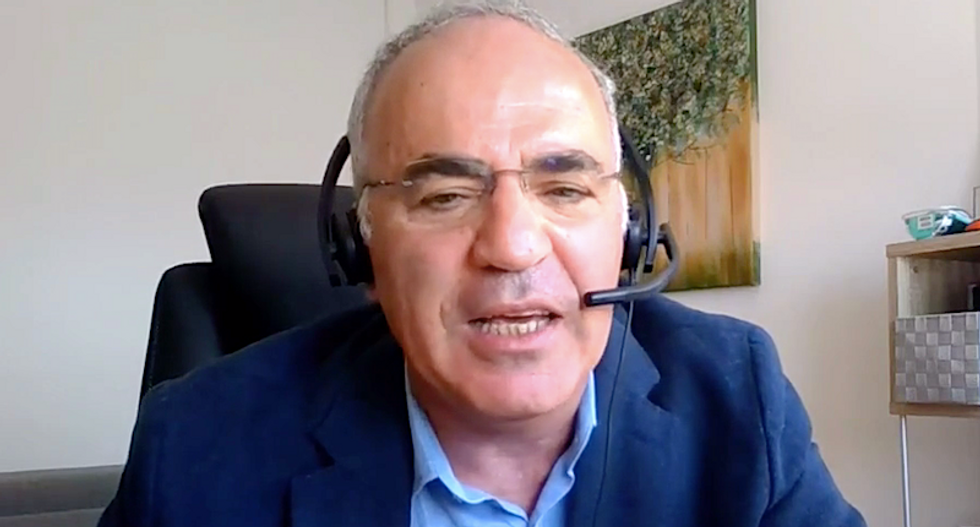 The political activist and chairman of the Human Rights Foundation appeared on MSNBC's "Morning Joe" to discuss what he sees as the U.S. sliding into authoritarianism under President Donald Trump and Attorney General William Barr.

"Anything other than landslide victory for Democratic ticket may lead to this, lead up to this kind can of catastrophe, this doomsday scenario," Kasparov said. "I think if Trump has one chance of staying in power by violating, if not the laws, but some kind of traditions and just finding the loopholes and, sadly, there are too many in the current regulations, he will definitely use it."

Kasparov warned that Trump could exploit existing divisions to finalize his authoritarian grip on the White House, which he said would be a gift to Russian president Vladimir Putin and other autocratic rulers.

"The country being divided, fighting against each other, there's a dream not only for Putin but every authoritarian regime in the world," he said. "So that's why giving Trump any chance of surviving politically and staying in power would be disastrous for America. Of course, it will lead to the collapse of the alliances like NATO and many American allies. Traditional allies in the world will have to think again so how they should position themselves, and every country that's stuck in the middle will have to make, cut deals with the authoritarian regimes to survive."