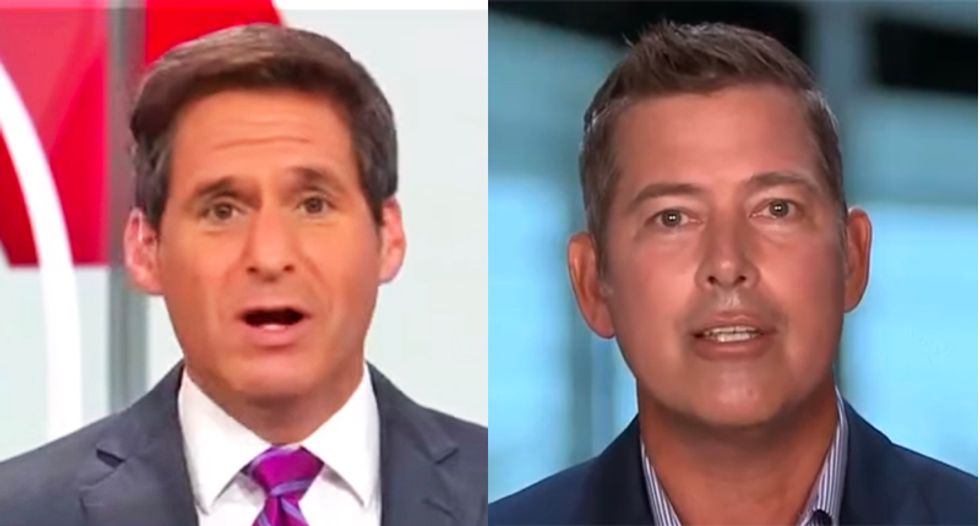 Trump-loving former Rep. Sean Duffy (R-WI) got shut down by CNN's John Berman after he tried to paint Democratic presidential nominee as an ally of antifa.

"These QAnon people are crazy," Dent said. "I think we can all acknowledge that, and I can tell you by the president embracing that [pro-QAnon candidate Marjorie Taylor Greene], he has put Republican members in swing districts at risk."

Duffy tried to counter by claiming that Biden was the candidate who supports looting and rioting in American cities.

"If you care about radical groups, Joe Biden hasn't condemned the group that's burning our cities and beating people up!" Duffy said. "That's what everyone hears about!"

At this point, Berman stepped in and called B.S. on the former congressman's claims.

"Joe Biden has spoken out against the violence in the cities," he said. "Joe Biden says he doesn't want antifa and doesn't want to defund the police. You know that. And you also know that QAnon is. I don't buy anymore anyone who comes on TV and says they don't know what QAnon is. That argument is done."