Trump has never even read a 'children's book' about Abraham Lincoln: presidential historian 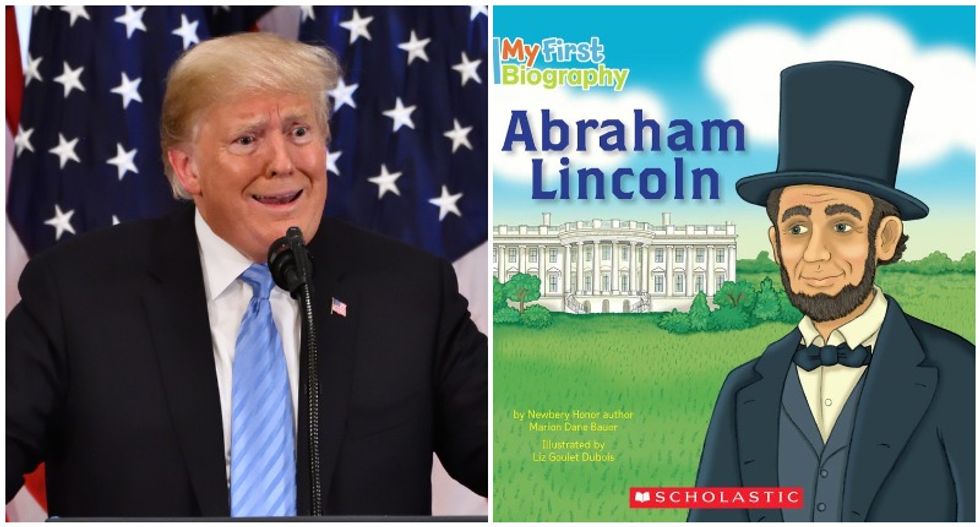 A top presidential historian on Tuesday revealed that President Donald Trump personally admitted to him that he had never read a book about President Abraham Lincoln -- not even a children's book like the ones read in public schools.

Appearing on CNN, Rice University history professor Douglas Brinkley argued that Trump is the most historically illiterate president he's ever encountered, and he said his knowledge of past presidents and historical events boils down to reciting factoids about them that may or may not be accurate.

The most recent example, said Brinkley, came when the president falsely claimed that the 1918 flu pandemic actually occurred in 1917, and also ended World War II, which wouldn't occur for decades later.

"The bottom line is, Donald Trump has no historical memory," he said. "He doesn't understand what our democracy is."

He then illustrated this point with a personal anecdote about the president.

"I met Donald Trump at Mar-a-Lago to ask him about other presidents," he revealed. "He told me he never read anything on Lincoln. I even said, did you read a children's book on Lincoln? He had not. He does not read American history, he said he operates from his guts and has learned from watching television."