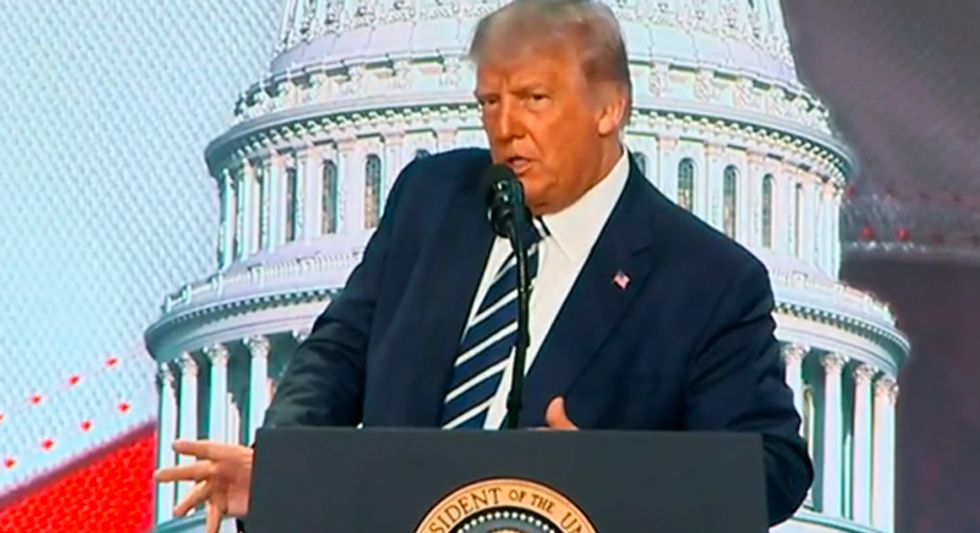 President Donald Trump vowed to crack down on Wisconsin protesters after a pro-police militant was arrested for the killing of demonstrators.

Protests have raged all week since Kenosha police shot Jacob Blake, a 29-year-old Black father, in the back after he tried to break up a fight, and the demonstrations turned deadly after suspected militia groups clashed with protesters.

"We will NOT stand for looting, arson, violence, and lawlessness on American streets," Trump tweeted. "My team just got off the phone with Governor Evers who agreed to accept federal assistance (Portland should do the same!)"

"TODAY, I will be sending federal law enforcement and the National Guard to Kenosha, WI to restore LAW and ORDER!" the president added.

One armed counter-protester, 17-year-old Kyle Rittenhouse, was charged with intentional homicide for allegedly fatally shooting two people and wounding another, and then calmly walking toward police in surrender.

The teen was arrested back home in Antioch, Illinois, the following day.