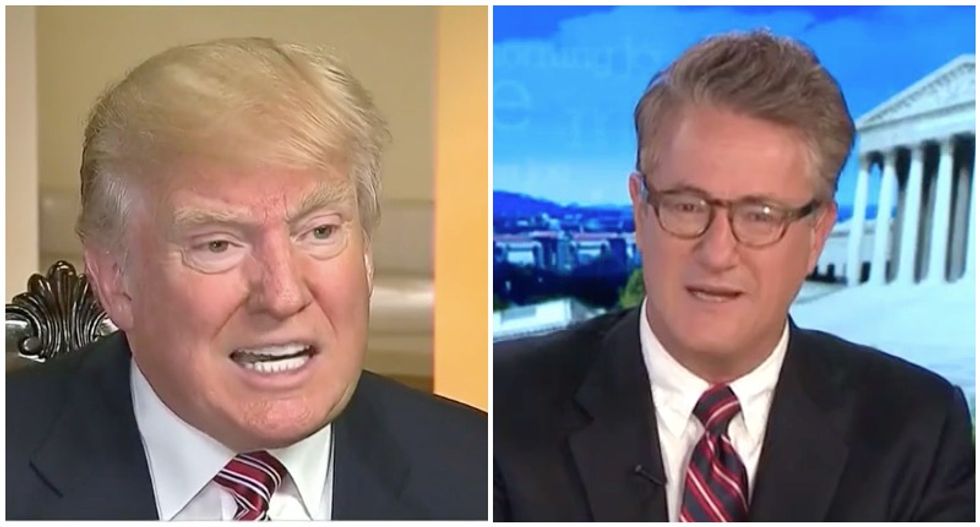 The president pounced on Biden's suggestion that the Latino community was diverse, "unlike the African American community with notable exceptions," and the former vice president was forced to clarify his remarks in a series of tweets.

Throughout my career I've witnessed the diversity of thought, background, and sentiment within the African American… https://t.co/A36C9TFXwA
— Joe Biden (@Joe Biden) 1596762227.0

Trump claimed Biden "totally disparaged and insulted" Black Americans, but the "Morning Joe" host laughed off those allegations as ridiculous given the president's history.

"We mentioned that Donald Trump's attempt to paint Biden as a racist, he was doing that off the latest comments, but we've been talking about this for a while on this show that Donald Trump, unfortunately for his campaign, can't take Biden on on so many issues because it always opens Donald Trump himself up to a more severe counter attack," Scarborough said. "Let's just take the issue of racism."

The host then rolled a supercut of Trump's lengthy history of racist remarks.