What if Donald Trump Jr's parents had just hugged him more? 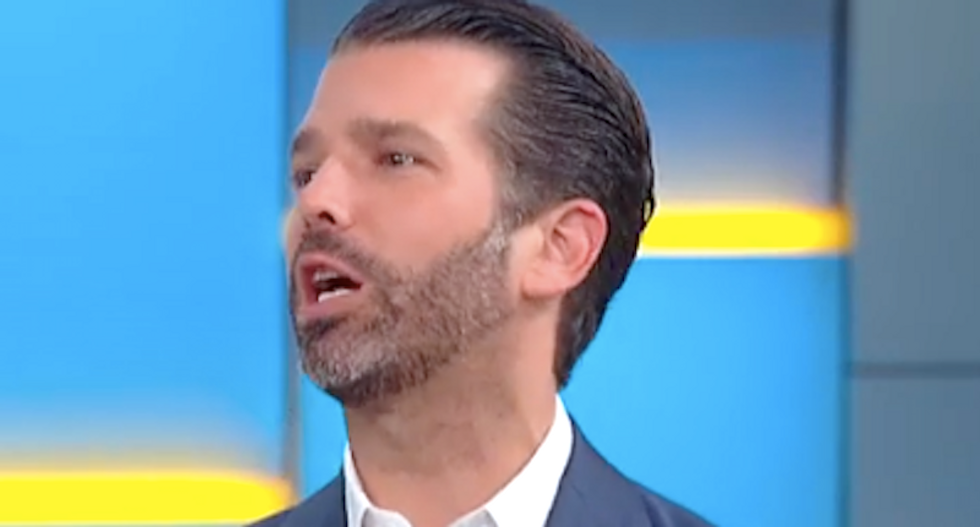 "The president’s large adult son came to the speaker’s podium on Night 1 of the Republican National Convention with red, shrunken eyes that did not escape the internet’s notice," Jong-Fast wrote. "People wondered and wondered what was up with Junior’s eyes. After the speech, #Cocaine started trending on Twitter."

The past week has revealed the president's eldest son may be perilously close to indictment if his father loses the election, but Jong-Fast believes his desperation for four more years may run deeper than those fears.

"Every speech that Junior gives feels like a meditation on plight of the child of a narcissist, of the state of begging for love from your powerful same-sex parent," Jong-Fast wrote. "I know Junior is a misogynistic monster like his father but even dumber. And yet watching him I always sort of feel like 80 percent of who he is could be cured if his parents had just hugged him more. There is something oddly Greek tragedy about a boy begging his father for the love that he is completely incapable of giving. Junior may be a disgusting racist, but he’s a disgusting racist trying desperately to get a narcissist to love him."