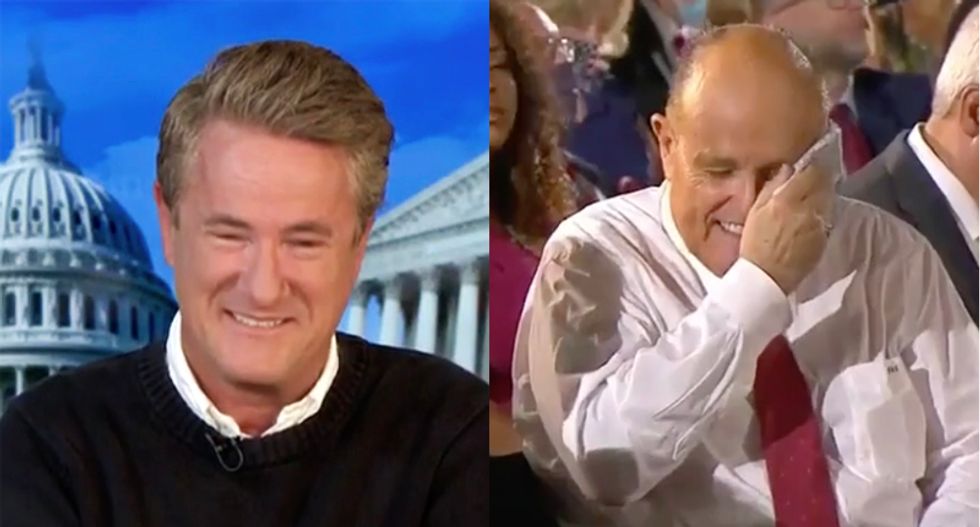 Expressing disgust with the closing night of the Republican National Convention, MSNBC host Joe Scarborough labeled the decision by Donald Trump to pack over a thousand followers on the White House lawn to hear his acceptance speech the "Woodstock of germs" and said it will inevitably lead to a massive outbreak of the COVID-19 virus.

After watching a clip from Thursday night of former New York City Mayor Rudy Giuliani mopping sweat from his brow and then immediately running his hand up and down the arm of his companion, "Morning Joe" co-host Mika Brzezinski called the images from the night "gross," as her co-host labeled the evening a "super spreader" event.

"As we said in Tulsa, we're very concerned for the people who were there, who were trying to prove a point and prove their loyalty to Donald Trump, and really his stupid and deadly approach to the coronavirus by not wearing masks, by not socially distancing," he explained. "By pretending that they weren't in the middle of a pandemic that's already killed 180,000 people."

Continuing in that vein, he later added, "If you're a senior citizen in Florida, Arizona, Wisconsin, Michigan, Pennsylvania, and you look at 1,000 people packed into one space without social distancing and without masks and thinking about 200,000 people have died, mainly senior citizens, I'm not really hearing what he's saying."

"I'm looking at what he's doing and that is a super spreader event," Scarborough added. "Here we have the president of the United States in the middle of a pandemic, the worse pandemic in a century as he said, he's correct there, conducting as the final night of his convention a super spreader event in the middle of a pandemic as we move toward flu season. Shocking. "