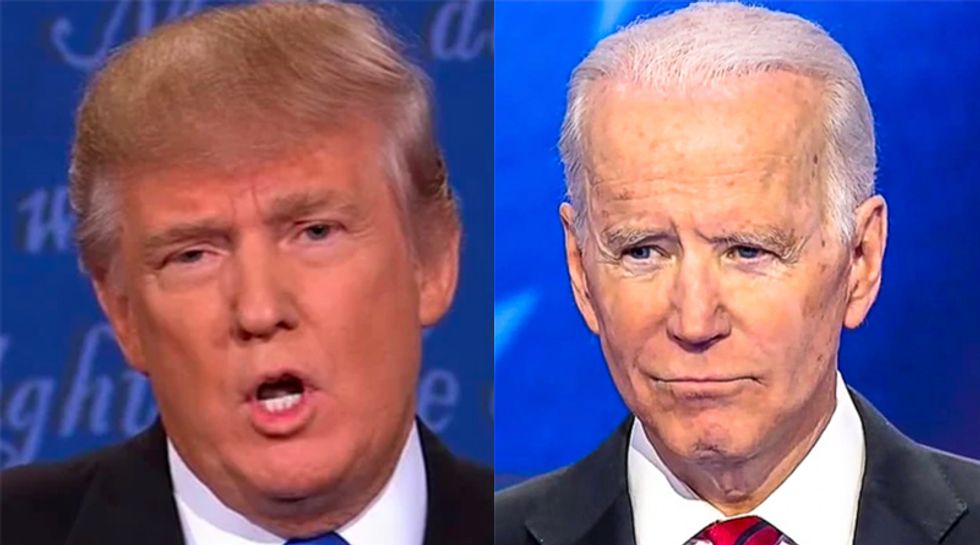 Appearing on MSNBC's "AM Joy" with fill-in host Tiffany Cross, a former Breitbart executive and current advisor to the anti-Trump Lincoln Project took time out to make some suggestions to Democratic presidential nominee Joe Biden on how to get under Donald Trump's skin during the first debate this week.

Before sharing a devastating -- and hilarious -- new ad targetting a sad and needy Sen. Lindsey Graham (R-SC), Kurt Bardella had a few things to say about the upcoming debate that he feels will hand the Lincoln Project with enough fodder for anti-Trump ads to last until the election.

"Tiffany, what we have from a Lincoln Project perspective is an opportunity with this debate to get the best content we're going to have at our disposal all year to help our messaging in the final stretch of the campaign," Bardella explained. "We've often seen the most effective case against Donald Trump is using his own words and on Tuesday night a large audience of the American people will have an opportunity to see the vast difference between a president who lies, who is incapable of telling the truth, incapable of demonstrating empathy, incapable of accepting responsibility for more than 200,000 Americans dead. Contrast that with an honorable man like Joe Biden; a man who tells the truth, is sincere, authentic, actually gives a damn about people."

"I'm hoping what we see Tuesday night is the prosecution of Donald Trump we were robbed of earlier this year during the impeachment proceedings," he continued. "We'll finally have an opportunity of seeing Donald Trump stepping outside of his comfort zone of Sean Hannity, Judge Jeanine [Pirro] and Fox & Friends."

"And I hope that Joe Biden takes the time and the opportunity to hold his feet to the fire and every time you hear words like 'pro-life, sanctity of life,'  I hope Joe Biden says, 'no, you killed 200,000 Americans and don't give a damn -- let's get to the truth of the matter.'"