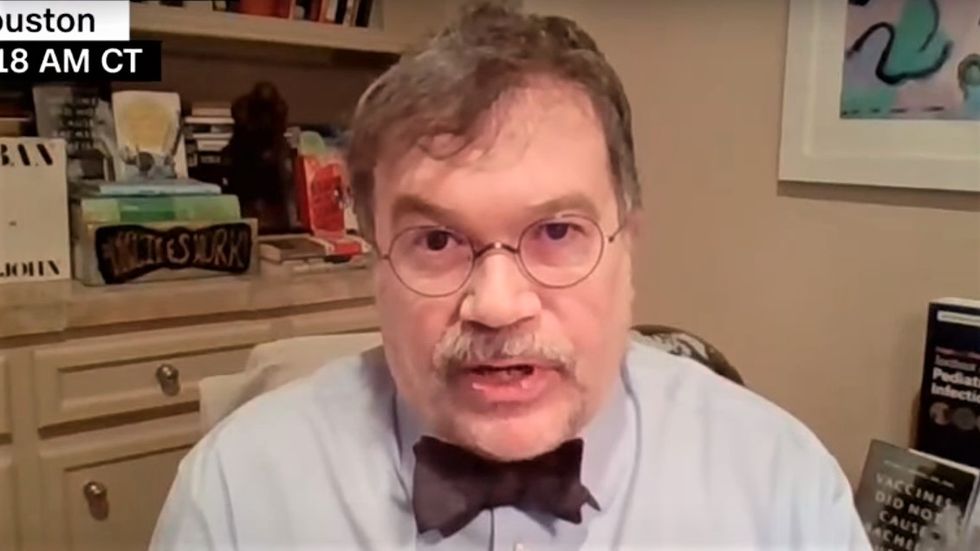 A top vaccinologist on Monday slammed President Donald Trump's handling of the COVID-19 pandemic, and he said all of the needless death caused by the disease in the United States made him feel "sick."

Dr. Peter Hotez, the co-director of the Texas Children's Hospital Center for Vaccine Development, slammed the president for holding an indoor rally in Nevada as the death toll in the United States approaches 200,000 people.

"This is the White House telling us that they really have a callous disregard for human life," Hotez said. "Let's face it, this is not a rookie mistake, right? This virus entered into New York City from Europe about eight months ago, so we're eight months into this horrible epidemic where the United States is at the epicenter of we have more deaths than any other country by a long shot."

Hotez then pointed to Canada, which recently recorded its first day in months where it had no deaths from COVID-19.

"The fact that Canada now is celebrating zero deaths, we could have done the same thing," he said. "We could have had an amazing fall with opening up schools safely, colleges safely, and instead we decided to thumb our noses at science and the consequences are not only deaths, but permanent injury. We're hearing more about long-lasting injury from this virus, and it just makes me sick to see."