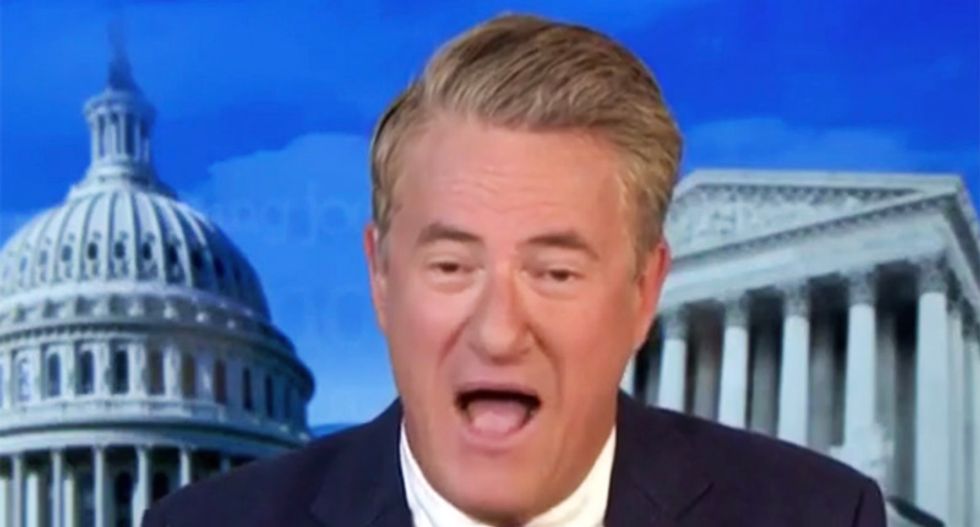 MSNBC's Joe Scarborough bashed the Wall Street Journal editorial board and other conservatives for trying to change the subject from President Donald Trump's coronavirus lies to House Speaker Nancy Pelosi.

The California Democrat insisted Feb. 24 that visiting San Francisco's Chinatown was "very safe," and the president's apologists have compared those statements to Trump willfully downplaying the virus even though he understood how easily the deadly virus spread.

"Come on, Nancy Pelosi went to Chinatown in February," Scarborough said, his voice rising. "Nancy Pelosi is not president of the United States. Nancy Pelosi's team didn't know on New Year's Eve of 2020 what was coming from China. Nancy Pelosi's employees didn't know and start preparing on Jan. 1, 2020, about the pandemic, to warn the administration. Nancy Pelosi sure wasn't warned on, like, Jan. 28 that this was the biggest crisis to face Donald Trump in his presidency. No, she wasn't. But you know who was? Donald Trump."

The "Morning Joe" host lambasted his fellow conservatives for making excuses for Trump's failures and lies.

"I'm not sure what's in it for you continuing to apologize for this guy," he said. "But whether we're talking about him denigrating the war dead -- you know we did it, by the way. Maybe people out in personality cult, like maybe those people really think those quotes were just made, but you know they're not made up. You know he denigrated the war dead, Wall Street Journal editorial page. You know he did. You know he called men and women who dedicated their entire lives and spent months and years away from their children in defense of this country -- you know he called them suckers and things that I can't repeat on this show. But you'll defend him, you'll keep defending him."